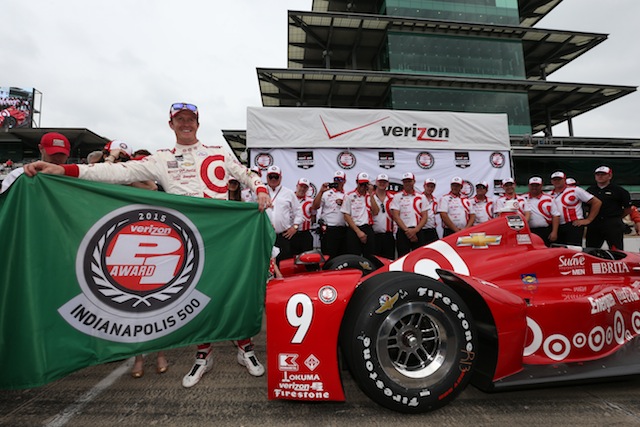 Chip Ganassi star Scott Dixon has claimed the coveted pole position for the Indianapolis 500 on May 24 after officials were forced to revise the qualifying format for the second day running.

The Indy 500 that was first run in 1911 sees two Australians by birth sitting on the front row with Brisbane-born Kiwi Dixon and Toowoomba’s Will Power creating history for Antipodean drivers.

“Starting from pole is always better than starting from anywhere else. But its a long race,” Dixon said, who was the Indy 500 in 2008.

“We’d love to replicate what we did in 2008. We’ve qualified on pole, now we just need to stay there for the last lap.” 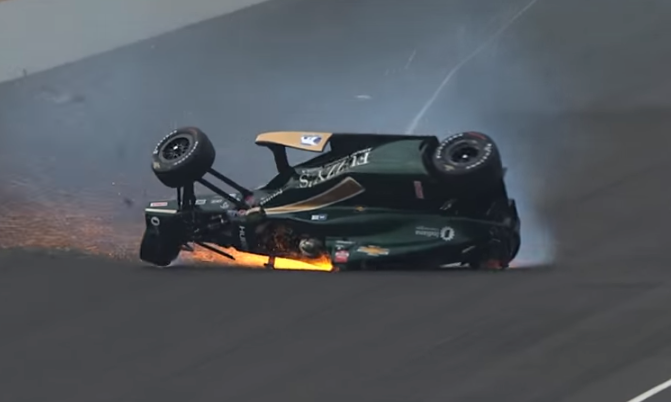 Initially altered from a multi-tier format due to Saturday rain, the amended session was further compromised after a nasty crash involving CFH Racing pilot Ed Carpenter in final practice.

The accident triggered repairs to the track which subsequently forced officials to order the cars run the aero set-up they would specify for the race with boost levels also falling in line with the aforementioned.

Carpenter eventually qualified 12th and thus was denied a third successive pole at The Brickyard.

Delays meant the team were able to prepare a back-up chassis for Carpenter who was the third driver listed to stage his four-lap qualifying.

“When I was upside down in Turn 2 this morning I didn’t know the delays in the schedule we would have,” Carpenter said.

“The way things worked out it gave the team the time it needed to get the car ready to go.

“I didn’t think we expected to win the pole with the morning we had and I’m just thankful to the whole team.”

Tristan Vautier qualified the #19 Dale Coyne Racing entry which James Davison will take over in the race in 21st position.

Full starting grid for the Indianapolis 500