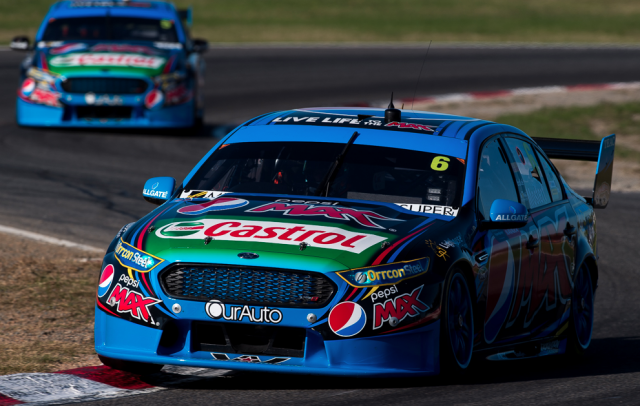 The 23-year-old again had the edge over his fellow Ford runners when it mattered at the end of the 20 minutes.

The session came down to a single run on new tyres for the majority of the field, with the order changing quickly in the final seconds.

Winterbottom went to the top with 1:23.39s with under two minutes remaining and managed to improve slightly to 1:23.32s on his second effort.

“It’s crazy, I didn’t expect to get three poles this weekend,” said Mostert, who has scored his first five career poles in little over a fortnight.

“I’ve just got to try and get it off the line now.”

Michael Caruso and Rick Kelly continued Nissan’s strong Winton form with fourth and sixth respectively, split by the Mercedes of Will Davison.

Jamie Whincup’s tough run also continued, with the six-time champion ending up down in 22nd.