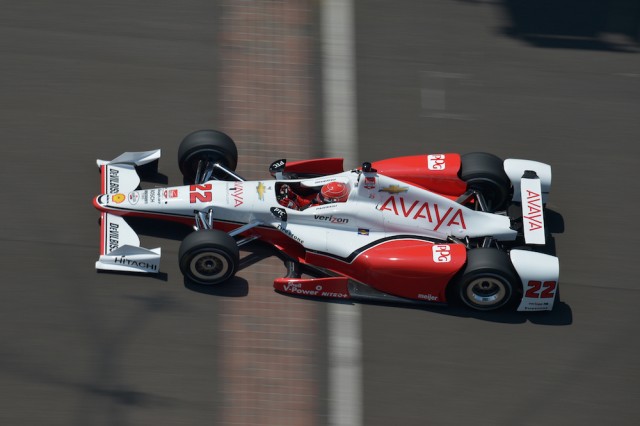 Simon Pagenaud emerged as the star of Fast Friday by setting a new fastest lap in the build up to the prestigious Indianapolis 500 on May 24.

The Frenchman, who topped Practice 4, continued to build on his speed in the week’s final practice session with the Penske driver posting a 230.69mph (371.27km/h) lap in the final half hour of the session.

“The conditions were finally hot and there are a lot of differences in how the body kits react depending on the weather,” said Pagenaud.

“For Team Penske, the biggest thing is we worked really well as a team to get different versions of aero levels for tomorrow and understanding that, so we can look at that information tonight and decide very precisely what we need.”

New Zealand’s Scott Dixon, driving for Chip Ganassi Racing, had sat at the top of the timing screens for most of the session having set a 230.643mph (371.18km/h) tour without a tow.

Dixon completed just 12 laps in a final practice session which went ahead without incident.

Conditions proved to be favourable with a total of six drivers breaking the 230mph mark at the 4km oval.

Team Penske’s Will Power produced his best lap of the week to secure fifth spot having posted 230.21mph (370.49km/h) effort.

“We did a backtrack and have a better understanding of what to run,” said Power.

“We’ll take another good look at everything tonight for tomorrow.

“But overall, we feel comfortable with the way we ended the day.”

Sage Karam was the final man to break the 230mph barrier in sixth spot.

Gabby Chaves, Helio Castroneves, Takuma Sato and Juan Montoya completed the top 10 in a session which saw all 34 cars take to the track.

Tristan Vautier, standing in for Melbourne’s James Davison this weekend, was 32nd with a 226.86mph best lap. 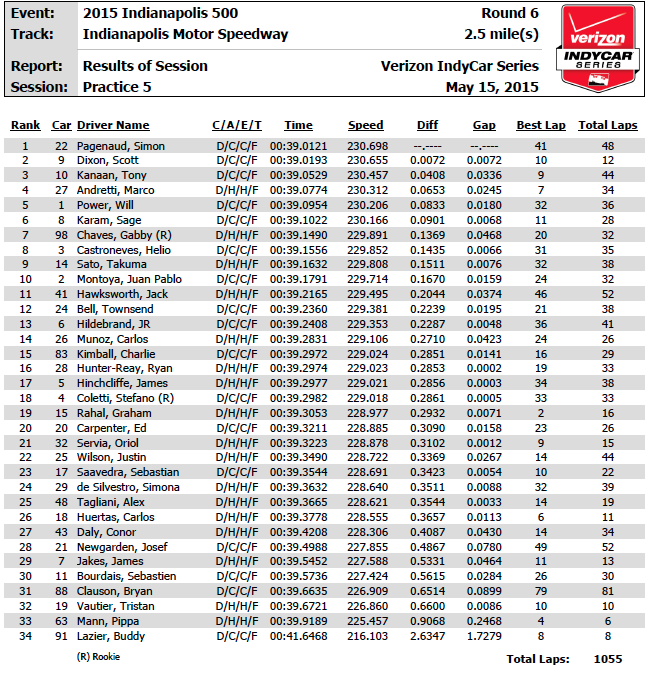