James Courtney has reflected on his 10 year V8 Supercars journey ahead of his 300th championship race start this afternoon at Winton.

The now 34-year-old debuted in the championship at the 2005 Sandown 500, sharing the second Holden Racing Team entry with veteran Jim Richards. 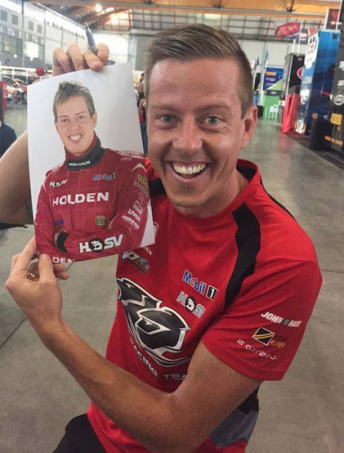 The initial decision to join V8 Supercars in late 2005 signalled the end of an international career which had seen the Sydney-raised Courtney reach Formula 1 test driver duties at Jaguar Racing.

“I probably kick myself now and think ‘why did I waste my time with that bullshit and not come back here a bit earlier’,” he said of his earlier push for F1.

“You sort of forget growing up, you focus so hard on one dream and lose touch with what proper racing is all about.

“I didn’t really get that feeling back until I came back here.

“I tore a few cars up for Ross and Jimmy (Stone) at first, which wasn’t my proudest moment, but it’s been a great journey.

“I’ve upset some people along the way, made some others happy, but all in all I’m pretty happy. I wouldn’t change anything I’ve done.”

Not surprisingly, he nominates the dramatic 2010 season finale in which he clinched the championship as his career highlight. 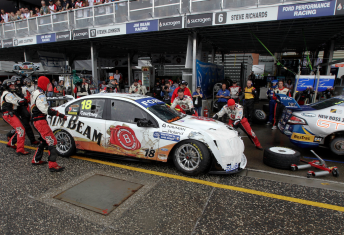 “The highlight for me was sitting in the garage at Homebush on that Saturday afternoon when I think 12 of the first 15 cars went into the wall,” he said.

“Just to see the passion and how much the boys on the car wanted it as much as I did.

“To see guys grabbing red hot discs with no gloves on because they didn’t want to waste time putting them on, just to get it out there.

“For me, that’s better than the championship, to see that passion and will to win. That’s easily the best moment of my whole career.”

Courtney says he’s also proud to now be “giving back” to the sport through his recently launched JC Kart team. 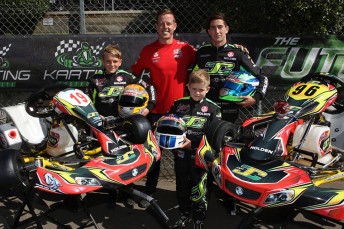 “Little things like that I’ll always remember and I’m a big believer in giving back.

“I can’t believe I get to wake up every morning and call myself a racing driver and do something I love.

“It’s good to be able to put something back. My career has been massive and hopefully it’s not over yet.”

Courtney’s will clock up the 300th race milestone in the second of the two 60km heats at Winton today.