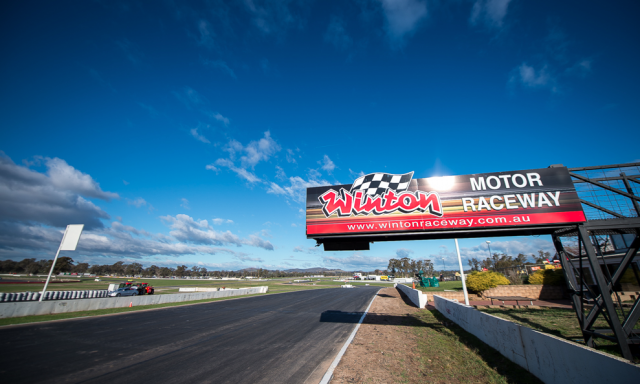 Winton Motor Raceway is promising a full track resurface by the end of 2016 as new management continues efforts to improve the rural Victorian venue.

Resurfacing has recently been undertaken at Turns 5, 10 and 11 as a stop-gap measure ahead of a planned full resurface.

The push to complete the task will be overseen by recently appointed CEO Brian Pearson, who took over management of the facility last September.

“The challenge is of course funding it, but we’re committed to making it happen between now and Christmas, 2016,” Pearson told Speedcafe.com of a full resurface.

“We’re hopeful of attracting government funding considering the economic benefit that the track brings to the north east.

“The V8 Supercars event itself, when you look at the economic multiplier, it generates $15 million for the north east over three days. It’s not an insignificant amount.”

Pearson is adamant that there will be no repeat of the problems experienced last year and dismissed any suggestion that the isolated resurfacing could break up under load this weekend.

“We haven’t done any crack sealing in quite some time, so there’s no risk of that (filler issue) reoccurring,” he said.

“The resurfacing on the selected corners took place six or seven weeks ago and they’ve been tested and raced on since.

“We don’t have any concerns at all that the track won’t stand up to the task this weekend.”

An iconic piece of the venue has meanwhile changed since the V8 Supercars last visited the circuit, with a new Winton Motor Raceway sign erected at the old start-finish line.

“We feel that on TV the new sign will do justice to the new Winton,” he said.

“We’ve kept the iconic sign to hopefully be part of a motorsport museum which is part of our future strategic plan.

“It’s an important part of our history that people have fond memories of.”

Pearson hopes to begin discussions with V8 Supercars later this year about extending the category’s contract beyond the end of the 2016 event.

The V8 Supercars will hit the track for two 60 minute practice sessions today, with all cars given a set of new tyres – in addition to their three pre-marked sets – under recently revised rules.

Further changes to the Super Sprint tyre formats are expected to be confirmed by V8 Supercars today following a meeting of the V8 Supercars Commission on Thursday.

The Winton race schedule will, however, remain unaltered, with two 60km races on Saturday and a 200km finale on Sunday.