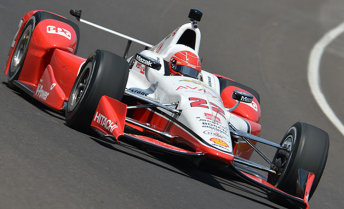 French driver Simon Pagenaud headed up the speeds following the fourth practice session in the build-up to the time-honoured Indianapolis 500 on May 24.

Banking a conservative 46 laps during the session, Pagenaud (Team Penske) topped the day at 228.79mph (368.20km/h) with the pace fractionally short of the previous day.

Josef Newgarden, a winner of his first IndyCar race at Alabama last month, escaped injury from the third horrific crash in 24 hours.

Newgarden’s Carpenter/Fisher/Hartman machine flipped on his side after slamming into the wall with the 24-year-old later given the all-clear by medical staff.

The incident where Newgarden’s car threatened to take flight followed the graphic accidents of Helio Castroneves and Pippa Mann.

Will Power was 13th fastest while Castroneves, the quickest in Practice 2, was 18th.

Crucially the Penske cars led by Pagenaud appeared to be just as slippery on solo runs.

“We were focussed on qualifying runs. At the end of the day we did some pack running and we were very happy,” Pagenaud said.

“What is very difficult, being super honest, is it’s really cold right now so you get more downforce because the air is thick.

“We know it is going to be warmer in the race and that’s what makes it tricky because you are trying to understand what the car is going to do in the race.”

A fifth six-hour practice session will be held tomorrow local time ahead of the weekend qualifying runs. 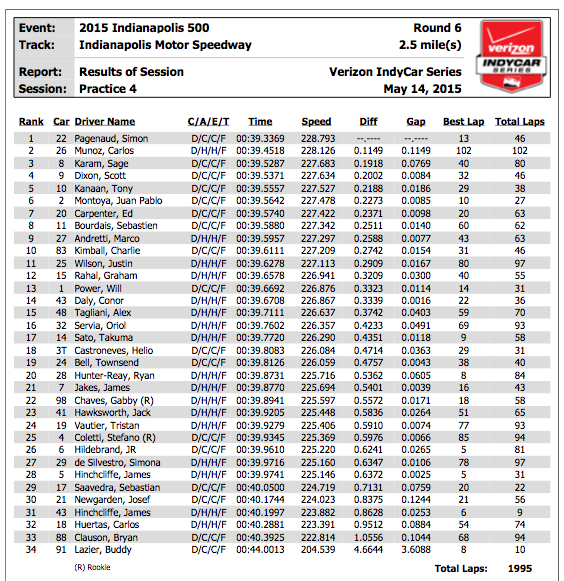