Mostert storms to the top in second practice

Mostert storms to the top in second practice 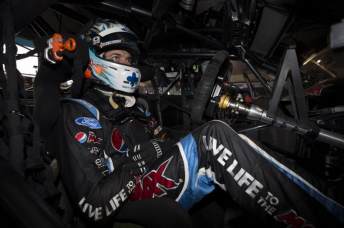 Prodrive Racing Australia’s Chaz Mostert lit up the timing screen as he topped the second one hour practice session at Winton Raceway.

Mostert saved his best for a run on hard tyres in the closing stages of the hitout to scale the top of the timesheets with a 1:23.01s effort at the Victorian circuit.

The Ford driver, who completed runs on both soft and hard compound rubber, climbed to the top in the final minutes of the session before going on to better his time in the Falcon FGX.

The factory Holden of James Courtney was third.

“It is a credit to the Prodrive guys who have put in some hard work over the last couple of weeks,” said Mostert.

“Perth was good and hopefully we can be good here too.

“The strength from this year’s car compared to last year’s is you can put it where you want it. We have been struggling for turn and we are getting there.”