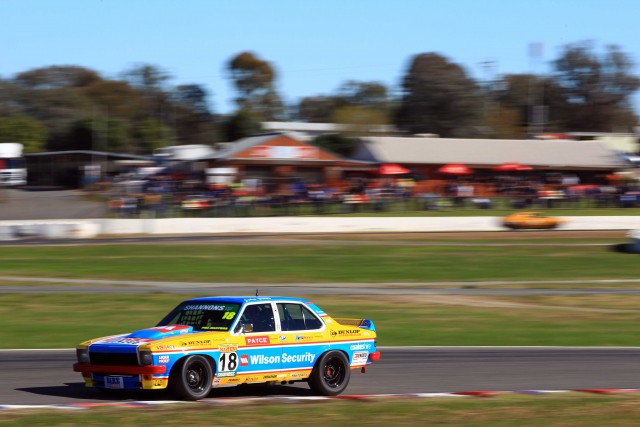 John Bowe wasted little time in adapting to his new Holden Torana as he topped the times in Touring Car Masters practice at Winton.

Despite the change of vehicle, the results remained the same with the reigning Touring Car Masters champion topping the times in both practice sessions.

His best effort came in the opening outing where he posted a 1:30.31 lap, which was 0.5s under his qualifying lap record at the venue.

The Ford Mustang of Gavin Bullas trailed Bowe by 1.6s in Practice 1, with Eddie Albenica guiding his Ford Falcon XB to third.

Bullas and Albenica assumed the same positions in the afternoon practice session.

Kerrick Sports Sedans ace Tony Ricciardello proved untouchable in the day’s only practice session as he topped the times by a huge 2.1s over Colin Smith.

Mark Laucke was third fastest and will share the second row with John-Paul Drake.