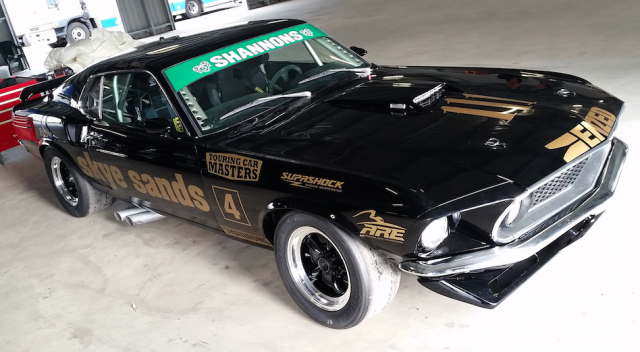 Prodrive V8 Supercars team co-owner Rusty French will this weekend debut a Ford Mustang that promises to set a new standard for build quality in the Touring Car Masters.

The car is the first of four 1969 model Mustangs that the 72-year-old sand mining magnate has commissioned Oscar Fiorinotto to produce from his Adelaide workshop.

French has previously campaigned a Porsche 911 in the TCM and identified moving to American V8 muscle as the next logical step. 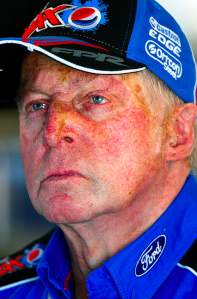 “I was a bit reluctant to go with an existing car because a lot of them have been in Group N or other categories before and everyone has had a go at them,” French told Speedcafe.com.

“We thought we’d start with a clean car and build it carefully to the rule book.

“Oscar obviously supplies the shocks for our V8 Supercars and we’re helping him grow his business as a car builder.

“His work is top notch. What we’ve ended up with is basically a V8 Supercar quality car with a 1969 shell on it.”

While most TCM cars are built by welding a rollcage into a stripped body shell, French’s car was completely disassembled and rebuilt using reproduction chassis rails, floor and panels.

“It was a pretty dirty old body shell when we got it, so what we did was put it on a jig and build it up correctly, panel by panel, as you would a V8 Supercar,” Fiorinotto told Speedcafe.com.

“That ensured that the whole thing is completely square. We used modern techniques to build a really clean and honest race car.

“We did a full kinematic analysis and optimised everything within the rules. We were able to optimise the weight distribution as well as maintain a proportionally stiff, well balanced chassis.

“We’ve also worked hard to ensure it maintains that classic look in areas like the door trims, which we’ve made leather even though the rules allow other materials, like carbon fibre.”

The car features a Steve Makarios built 351 engine and a NASCAR-spec Andrews gearbox, sourced from the United States with the assistance of Team Penske president Tim Cindric.

French and Fiorinotto also plan on building a Group Nc Mustang, a second TCM entry and a replica of Smokey Yunick’s Kar Kraft Trans Am car for display purposes.

The second TCM car will act as a spare, replicating the two-car model French operates with his other vehicles, including his De Tomaso Panteras, Porsche 935s and NASCAR Winston Cup cars.

“Back in 2000 when I was looking to buy one of the NASCARs from Andy Petree, he gave me some advice that I’ve stuck with,” said French.

“I don’t fancy going all the way to Darwin or somewhere like that, having a problem and needing to sit on the fence.

“This way we’ll just be able to roll the second one out of the truck and start from rear of grid.”

After two brief shakedowns at Winton, French is looking forward to getting the car on track for its first extended hit out during Friday practice.

“I’m 72 now so I’m not a young chicken, but it’s a passion, I love these sorts of cars and I’ll keep doing it while I can run at a reasonable pace,” he said.

“I don’t expect to be at the front but it’d be nice to run midfield somewhere.” 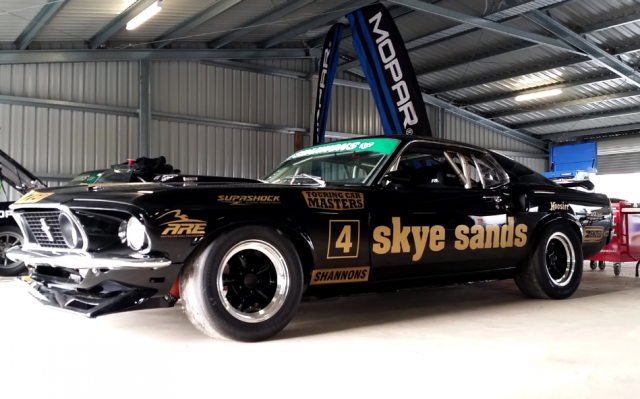 French will soon add another three Mustangs to his stable