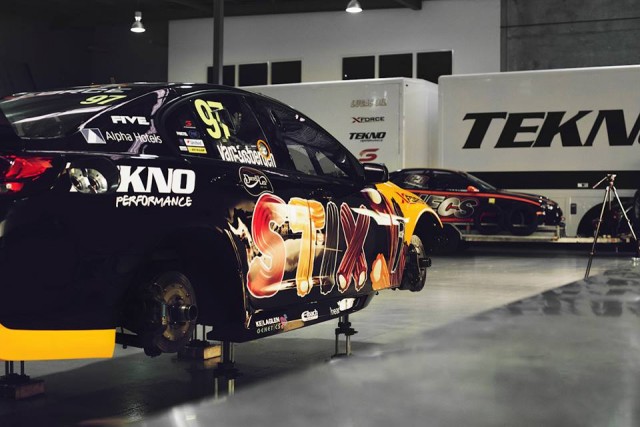 Tekno will roll out a new car at Hidden Valley

This weekend will mark Shane van Gisbergen’s final outing in his current Tekno Holden chassis before moving to a new car for Hidden Valley.

The team has confirmed that the fresh shell, which it first received from Triple Eight in 2013 and began building up over the off-season, will be complete for the June 19-21 event.

It had initially been slated to debut at Barbagallo before a decision not to return the transporter back to the team’s Queensland base before Winton saw the roll-out delayed.

Van Gisbergen’s current car will be kept as a spare following the sale of its previous back-up car to Lucas Dumbrell Motorsport in March.

“I’m a bit sad to race this VF Commodore for the last time,” said Van Gisbergen ahead of the weekend.

“It’s been my most successful car in in V8 Supercars, with seven championship race wins and three more at the Australian Grand Prix. It’s given me a lot of great memories.”

Van Gisbergen slipped to sixth in points with a rough run last time out in Western Australia.

“We’ve had really good pace all year, we just need to go back to collecting points,” he said.

“It’s all about keeping it simple, making sure we stick to what we know works and not getting too crazy.

“It didn’t quite go to plan in Perth. I didn’t qualify well for the second race on Saturday, and the Safety Car came at the wrong time for us on Sunday, but the main thing is we have a fast car.”

The Tekno entry finished second in the opening race at Winton last year before struggling to 20th and 12th in the subsequent heats.