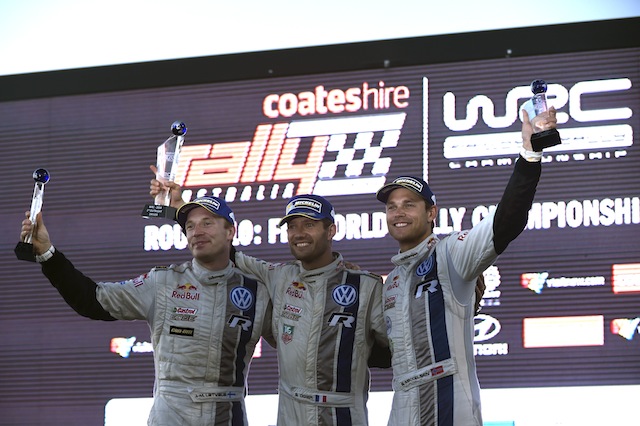 The Coffs Harbour-based Rally Australia round of the World Rally Championship is among nine events on a proposed 2016 calendar.

Following a meeting of the FIA World Rally Championship Commission in Paris this week, moves to frame a schedule for next season have begun.

The early announcement of the nine events means organisers are able to start crucial planning ahead of the rounds being locked in later this year.

A full 2016 calendar is expected to be finalised around the date of the Coates Hire Rally Australia from September 10-13.

Monte Carlo (January 21-24) and Sweden (February 12-14) are the only events given firm dates for next season to date.

WRC Promoter’s managing director Oliver Ciesla hinted there could be a couple of new additions to the 2016 schedule.

“We also have exciting proposals on the table from countries not currently on the calendar and discussions have started with a view to bringing at least one, and perhaps two, of those events onto next year’s calendar,” Ciesla said.

“However, we will most likely aim to maintain the same number of rounds in the championship.”

“WRC is unlike other FIA world championships in that it begins in January and so we have the luxury to select the dates for Rally Monte Carlo and Rally Sweden in the knowledge there will be no conflicts,” he said.