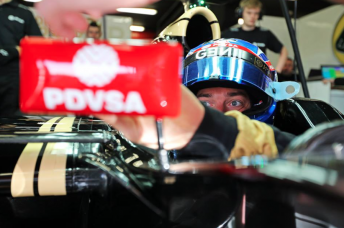 The reigning GP2 champion chalked up 85 laps at the Circuit de Catalunya posting a session best of 1:26.080s in the final 20 minutes of the test.

Palmer’s effort was 0.4s quicker than Mercedes’ Pascal Wehrlein, although the Brit’s time was more than 1.7s shy of Nico Rosberg’s 1:24.374s set on Tuesday.

Wehrlein, who was ruled out of the test on Tuesday due to illness, managed to complete 137 untroubled laps despite feeling the effects of a fever.

It proved to be an encouraging day for McLaren as Jenson Button completed 100 laps with his best time just 0.8s adrift.

Alex Lynn assisted Williams with aero and chassis work on his testing debut for the Grove squad, which culminated in the GP3 champion setting the fifth quickest time.

Reigning FIA European F3 champion Esteban Ocon delivered a strong performance on his late call up to the test by guiding his Force India to sixth.

Former Sauber driver Esteban Gutierrez was seventh for Ferrari with the Maranello team 1.8s off the pace, while Carlos Sainz Jr was eighth for Toro Rosso.

Raffaele Marciello endured a tough day behind the wheel of the Sauber C34 which saw him damage the front left of his car in a crash at Turn 3.

The Swiss squad ended the day ninth with the Ferrari young driver 2.7s behind the Lotus.