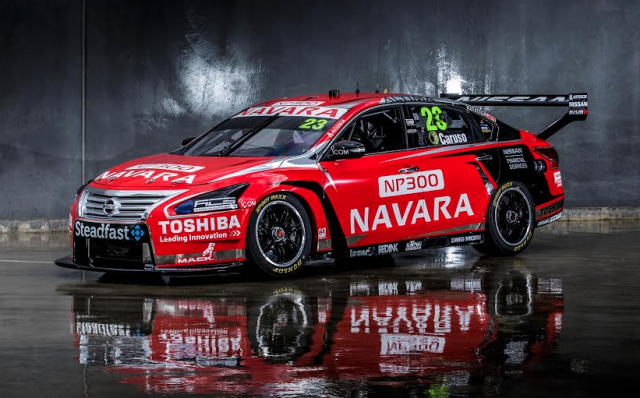 The May 15-17 race meeting will be officially known as the NP300 Navara Winton Super Sprint as the company continues to leverage its racing involvement.

“This event is a favourite with dedicated motorsport fans, many of which will be driving to the event or camping at the circuit with their own Navara.

“The NP300 Navara Winton Super Sprint comes at an opportune time for us as the NP300 Navara goes on sale in Nissan dealerships around Australia in the days following this weekend’s event.”

While Winton marks the first V8 Supercars event that Nissan has taken naming rights sponsorship of, the company is not entirely new to local touring car event branding.

The Nissan Mobil 500 took place across New Zealand’s Wellington and Pukekohe circuits between 1985 and 1992, contested primarily by Group A machinery.

Past efforts also include the 1990 Nissan Sydney 500 – the first major event to be staged at what is now known as Sydney Motorsport Park. 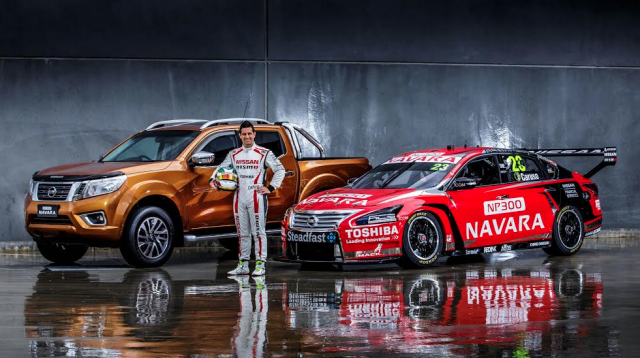 Caruso with the new Navara and his Altima race car