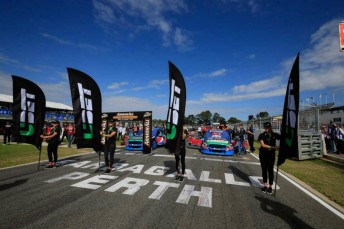 That’s the question that will be debated by the V8 Supercars Commission this week following a lacklustre roll-out of the current race structure over the last two events.

Saturday’s two races were both trimmed from 100km to 60km this year in a move intended to spice up the action.

A lack of passing during the four races held to date has, however, triggered a review of the format.

V8 Supercars has confirmed that the 2x60km races will now remain for Winton, but a change could be made by Hidden Valley next month.

Moving to a single 120km race, complete with compulsory pitstop, has been tabled as one of several options as the category also works to rejig its tyre allocations.

What do you think? Should V8 Supercars change its Super Sprint format?