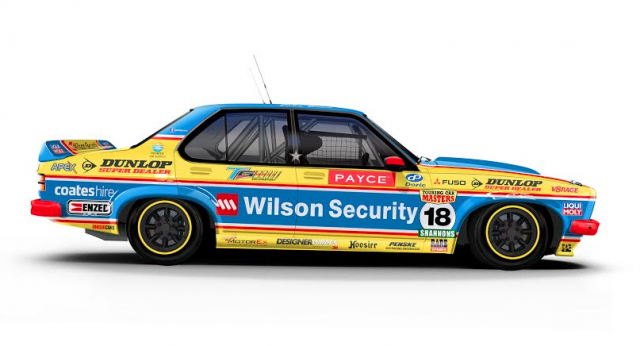 John Bowe’s sponsors will transfer to the Holden for Winton

Ford legend John Bowe has parked his iconic Mustang to drive a Holden Torana from this weekend’s third round of the Touring Car Masters at Winton.

Bowe will jump aboard Gary O’Brien’s freshly built Torana SLR/5000 at the Victorian venue, helping the Bendigo-based outfit develop the car ahead of a planned run of customer entries.

Former three-time TCM series winner Bowe says that missing the recent Symmons Plains meeting, which ruled him out of title contention, meant the timing was right for a change.

“I was always going to help Gary test it, just as a favour for a mate,” Bowe told Speedcafe.com, having already enjoyed two hit-outs in the Holden 308-powered machine at Phillip Island and Winton last week.

“But when he asked whether I wanted to race it I thought that, because I’ve already missed Symmons Plains and I can’t really win the title now, why not?

“I love the process of developing a car and this will be another challenge and a new adventure for me which I’m quite excited about.” 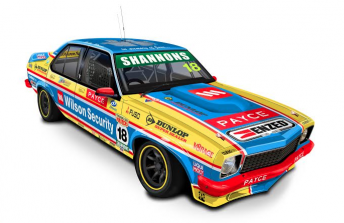 Bowe says he has currently committed to the Holden for Winton only, while his Mustang remains race-prepared, waiting for either his return or the budget to run Symmons Plains substitute Steven Johnson.

“If the Torana shows promise for the future I’ll stick with that and try and find money to run Stevie J in the Mustang,” said Bowe.

“There’s very few people I’d let drive it, but it’s the best TCM car in the country and it would be great if we can find the budget for Steve to race.”

Although running for factory Nissan and Volvo teams early in his touring car career, the bulk of Bowe’s success – including two Bathurst 1000 wins and the 1995 ATCC title – has come at the wheel of Fords.

The veteran lists the HDT ‘Race of Champions’ event supporting the 1980 Australian Grand Prix at Calder and an appearance in the Wanneroo 300 alongside privateer Ian Love during the early 1990s as his only competitive appearances in Holdens.

Bowe’s success on the track saw him involved in the development of performance Ford road cars through Tickford and later Ford Performance Vehicles during the 1990s and early 2000s, but any official association is now long gone.

“If I was relying on the Ford Motor Company to put bread on the table, then I’d have starved to death,” he said.

Resisting advances from the Holden Racing Team on multiple occasions during his career, Bowe also turned down a drive with Perkins Engineering ahead of his final V8 Supercars season.

Bowe had previously cited a desire not to switch brands late in his career as playing a key role in opting to race Paul Cruickshank’s Ford during his 2007 farewell. 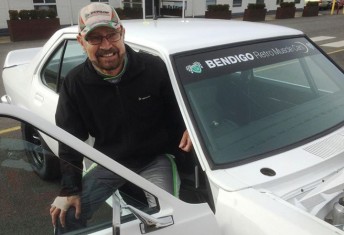 Bowe has already enjoyed two test outings in the car

“I had several offers throughout my career from Holden teams, including HRT,” he confirmed.

“In the benefit of hindsight I should have driven for Larry in that last year, but that is what it is now.

“I was probably a bit more sensitive to it (the Ford and Holden rivalry) then I am now, where I race TCM, GTs and historic cars. I’m not at the coalface anymore.

“At the end of the day I’m a life-long car enthusiast and I think that I cross the (Ford versus Holden) divide.

“I’d like to think that the people that follow me will understand and not think that I’m a traitor.

“If anyone has been a traitor in any of this stuff over the last few years… I think we’re all disappointed in Ford’s current attitude to motorsport.”