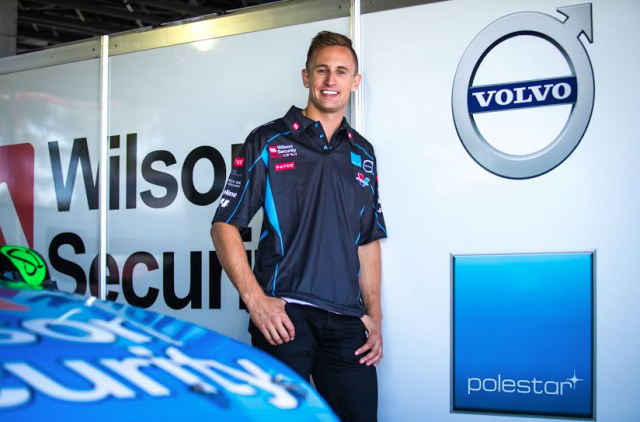 Garry Rogers Motorsport has confirmed that Chris Pither will replace Greg Ritter as co-driver of its #34 Volvo this season.

The Kiwi combines his GRM role with a full-time Dunlop Series campaign for MW Motorsport.

With Alexandre Premat already confirmed to return alongside Scott McLaughlin, Ritter is now officially out of a seat after nine consecutive years with the team.

“It was a difficult choice with Pither as we had been approached and were talking to several other eligible drivers including Greg Ritter who has done a great job here over many years,” said team owner Garry Rogers.

“In the end with the intensity of the endurance races it is more important than ever to have drivers who are competing in current high level racing.

“Alex is racing overseas and Chris has competed in the Dunlop Series for several years and is competing in that series again this year.”

Volvo endured a rough Bathurst return last year, with both cars being crashed at The Cutting by their full-time drivers McLaughlin and Robert Dahlgren.

GRM has recently built a spare S60 V8 Supercar and isn’t ruling out running a wildcard at Bathurst if the right level of funding was sourced.

“We’re in the business of racing cars to earn a living so if someone can fund it it’s something we’d talk about,” he said.