Ricciardo: Red Bull situation not out of control

Ricciardo: Red Bull situation not out of control 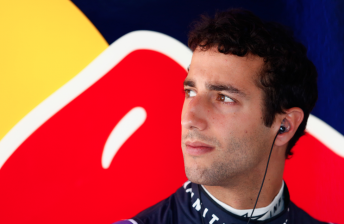 The Australian has endured a difficult start to his second season at the former world champion outfit which has been plagued by a string of Renault power unit failures.

Ricciardo is now onto his fourth and final engine of his season allocation after a repaired power unit failed during Friday practice ahead of this weekend’s Spanish Grand Prix.

Although frustrated by the reliability issues, Ricciardo says Red Bull and Renault’s increasingly fragile relationship is not out of control.

“This is where a top team gets their respect – in such times,” said Ricciardo in an interview on the official Formula 1 website.

“Yes, in the media there have been a few things said, but behind it all – when I am in the factory – they all still have a target in mind – and that is winning again. It is not getting out of control.”

Having completed just 13 laps in practice, Ricciardo is on the back foot heading into qualifying but the 25-year-old has been encouraged by a host of aerodynamic upgrades to his RB11.

“This weekend should be the first race where we can race the chassis set-up as we like it – and then let’s see where we are. It should put us closer,” added Ricciardo.