Roger Penske to be inducted in auto Hall of Fame

Roger Penske to be inducted in auto Hall of Fame 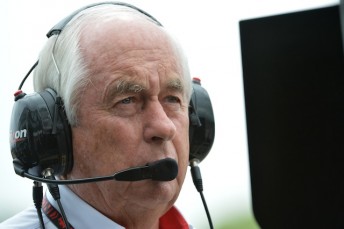 Legendary US business tycoon and racing team owner Roger Penske will be bestowed with another honour in July when he is inducted into the Automotive Hall of Fame.

Penske, whose extensive business interests include the Penske Automotive Group as well as his Charlotte, North Carolina-based, Team Penske motor racing operation, has accumulated a string of gongs and distinctions over the years.

The 78-year-old will be inducted in the Detroit ceremony on July 23 along with former Ferrari chairman Luca di Montezemolo and the founder of Tata Motors in the UK, Ratan N. Tata as well as several others in the automotive field.

Penske will be striving for his 16th Indy 500 win later this month with his four-car team headed by Australian Will Power, Helio Castroneves, Juan Montoya and Simon Pagenaud.

After starting out as a racer in the the 1950’s, Penske established the roots of what would become one of the most successful team’s in the world in 1965.