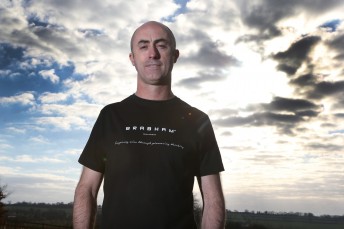 The plan to see the Brabham name return as a team in top level motorsport has garnered plenty of interest from Australian investors, according to the project’s architect David Brabham.

After quickly meeting the initial fundraising target of £250,000 ($459,000 AUD) in October, work has continued to secure the funds to see Project Brabham field a team initially in the LMP2 sports car class with Formula 1 the ultimate goal.

The accomplished sports car racer says there has been positive interest from Australia following a series of meetings earlier this year.

“What’s really interesting with what we are trying to do here is seeing the response from people, from fans and potential investors,” Brabham told Speedcafe.com.

“I went to Australia for a race (Bathurst 12 Hour) but used the opportunity to hook up some meetings and all of them were pretty positive.

“They are interested to see the prospectus which they will get soon and then we will see how interested they are when it comes to putting money into it.

“The process of talking about money has already started.”

A full prospectus, which is due to be sent to potential investors, is nearing completion. 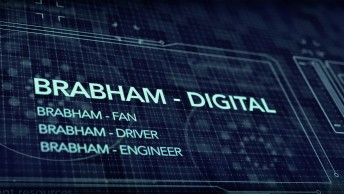 Although Brabham admits the project is still in its infancy, there is plenty of ground being made in all areas.

The first stage of Brabham Digital, the online portal for investors to track the progress of the plan has been launched.

Brabham himself has also begun the process of assessing LMP2 cars for his new team having visited French manufacturer Ligier last year.

However, the 2009 Le Mans 24 Hour winner says it is difficult to progress any further until chief sportscar body Automobile Club de l’Ouest (ACO) has confirmed its plans for the LMP2 class from 2017.

The chief sportscar body’s proposal is likely to see a reduction in both racing budgets and the amount of manufacturers able to compete in the category.

Brabham is confident the changes will eventually help his bid to join the category.

“We are waiting to see what is 100 percent confirmed yet there is still a bit of tweaking to do,” added Brabham.

“I understand what the ACO are trying to do in terms of resisting the amount of constructors, and in my opinion most will go out of business.

“It needs to be tightened down and budgets seem to be getting higher and higher.

“In terms of our project it doesn’t have any affect. It is a part of racing and you have to make sure you have budget to allow for these changes.

“They are trying to reduce costs so that helps us in the long run.”