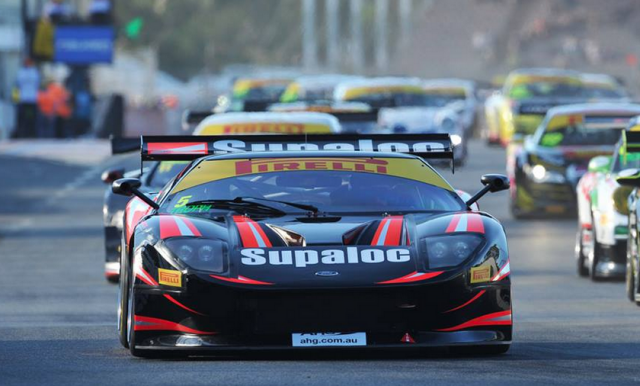 James Moffat is the latest V8 Supercars star to sign-up for an appearance in the Australian GT Championship’s Phillip Island 101.

The 30-year-old will co-drive Kevin Weeks’ Supaloc Ford GT at the May 22-23 Shannons Nationals event.

Nissan Motorsport star Moffat was tipped into the drive by close friend and Holden Racing Team co-driver Jack Perkins, who had to decline an offer to steer the Ford.

Moffat says he’s thankful to Nissan for allowing him the opportunity to make his GT3 debut, six years after moving to V8 Supercars from the Porsche Carrera Cup.

“I’m looking forward to experiencing one of those style of cars for the first time,” Moffat told Speedcafe.com.

“Obviously the (Bathurst) 12 Hours is very appealing and hopefully in the future there’s more opportunities to do this type of racing.

“GT is definitely on the up, not only globally but here in Australia since Quinny has taken over.

“I won’t get the chance to test the car before the race meeting but hopefully I can go out, have some fun and do a good job for Kevin.”

Weeks ran the car at Phillip Island late last week after a difficult opening round in Adelaide that saw the Matech-built Ford finish just one of the three races.