McLaren has unveiled its new livery which will make a maiden appearance at this weekend’s Spanish Grand Prix.

The Woking based team revealed plans to unveil a new livery this week ahead of the opening round of the European season, with the squad opting to ditch the chrome colours for a graphite grey look.

The new colour scheme also boasts a prominent red flash across the nose.

McLaren copped criticism from fans during the off season for launching its first Honda powered F1 challenger since 1992 with a similar silver look to its previous models.

Meanwhile, the team is set to receive a boost with the confirmation that engine supplier Honda will deploy upgrades to the power unit, which has struggled to match its Mercedes, Ferrari and Renault counterparts. 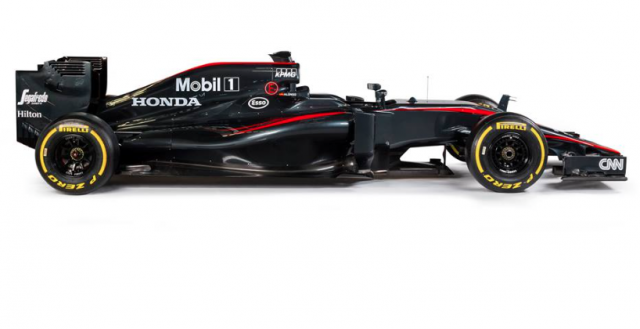