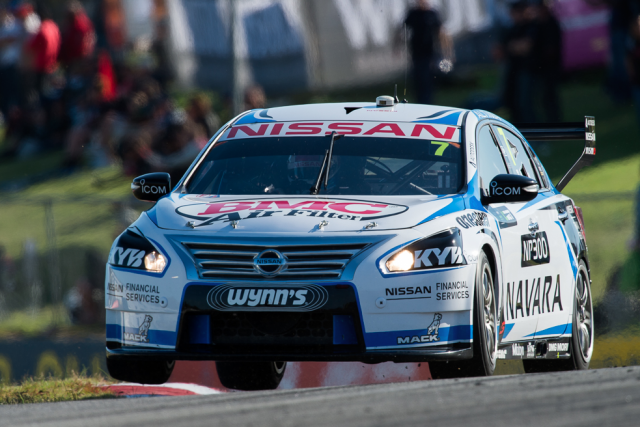 Nissan Motorsport continues to wait on confirmation of Brit Alex Buncombe’s availability to return to the Pirtek Enduro Cup for a second year.

Impressing the team and driver with his ability to adapt to the unique Australian cars, Nissan hopes the 33-year-old will complete an unchanged co-driver line-up.

David Russell will also soon be confirmed alongside Rick Kelly, returning for a fifth consecutive year with the team.

The sticking point on Buncombe is his involvement in Nissan’s new-for-2015 World Endurance Championship program.

The GT ace has thus far only been named to campaign the team’s third car at Le Mans, leaving him theoretically free for the Enduro Cup.

“We would like to have Alex back after his performance last year,” Nissan Australia managing director Richard Emery confirmed to Speedcafe.com.

“But because of his commitments with the Le Mans program, we haven’t been able to nail a commitment from Nismo global as to when we can have him.

“There’s no direct clashes between the programs and our preference is to have Alex back again, we’ve just struggled to get a direct answer at this point.

“We always leave a spot open for the global athlete program as part of our arrangement with those guys, which is good, as long as they give us an answer.

“I don’t think it’s too far away though. I expect we’ll know in the next three or four weeks.”

Emery says that team will assess its other options if Buncombe is ruled out.

“If Alex isn’t available for whatever reason and we need to consider another avenue, we’d throw a local into that discussion before we made it final,” he said.

“Alex is Plan A because he’s a known quantity and got on well with the team last year, but if that’s not feasible we’ll have to open up other options, which would also include having another global athlete.”

Nissan will have high hopes for this year’s Pirtek Enduro Cup, with its long anticipated cylinder head upgraded expected to be introduced well in advance of September’s Sandown 500.

Buncombe missed out on driving in Nissan’s successful Bathurst 12 Hour assault in February due to the birth of his first child. 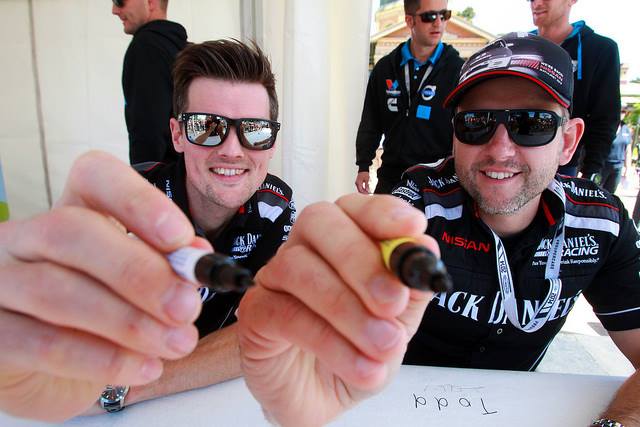