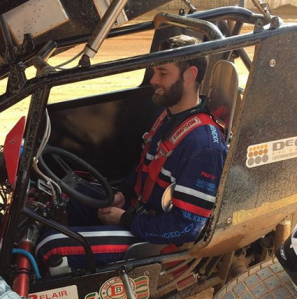 Tekno Autosports driver Shane van Gisbergen has performed some non-competitive laps behind the wheel of a Sprintcar in Perth.

A day after competing at Barbagallo, van Gisbergen was invited for a fun day testing a Kendrick Motorsport machine at the Northam Speedway in the western state.

The day was orchestrated by Paul Morris, who made his Sprintcar competition debut in 2010 and has been won over by the high-powered winged racers ever since.

“He’s been up on the wall, holding it wide open like he’s been doing it his whole life,” Morris told Speedcafe.com

“He’s just having a bit of fun and I don’t know if he’ll take to it like me but they really suit his style.”

At a similar day following the V8 round last year, Chaz Mostert also drove a Kendrick Sprintcar but ended up tagging the wall.

Van Gisbergen had been set to sample a Jamie Veal Sprintcar following last year’s Sydney 500, but the day was cancelled due to wet weather.

The V8 Supercars star grew up around speedway; spending four years in quarter-midgets and two years in TQs (small Speedcars) in his native New Zealand before focussing on circuit racing.