POLL: Driver of the weekend at Barbagallo

POLL: Driver of the weekend at Barbagallo 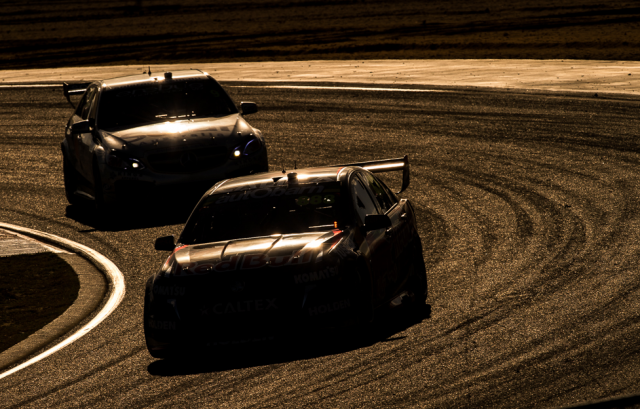 Davison chases down Lowndes in Race 9

After two dramatically different days of racing at Barbagallo’s Perth Super Sprint, here’s your chance to vote for the best performing driver of the weekend.

To help you decide, here’s an overview of our short list of contenders.

One pole position and two races wins on Saturday was an impressive haul from Winterbottom, with strong starts the key to both victories.

The Ford driver also appeared to be in the box seat in Sunday’s race before the Safety Car caused his strategy to fall apart.

He didn’t manage his tyres as well as team-mate Mostert thereafter and slid all the way back to 15th.

Arguably had more pace than his team-mate on Saturday, but a poor start from pole in Race 7 and poor qualifying for Race 8 cruelled his chances of victory.

Again let a brilliant pole go begging with a tardy start on Sunday, but made the best of a tough late-race situation to salvage a fine fourth.

Scored more points than anyone across the weekend through a trio of top five finishes and took the championship lead as a result.

Narrowly lost Race 9 to Davison through no fault of his own, with the Red Bull Holden’s tyre life simply inferior to that of Davison’s Mercedes.

After a mediocre Symmons Plains, two podiums was a strong return to form for Fabian Coulthard.

Continued to shade his two team-mates and did well to salvage third after what appeared a costly mistake in Race 9 qualifying.

Put together a solid weekend of top 10 qualifying and race performances before making the most of the strategy play on Sunday.

A perfect response to critics following the Symmons Plains controversy, which continued to garner main stream media attention in race week at Barbagallo.

Who was your driver of the weekend? Vote now on this week’s Pirtek Poll.