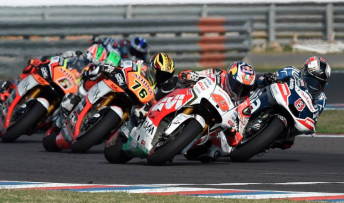 Jack Miller impressed in Argentina with a 12th place finish

Fresh from recording a second points finish in three MotoGP starts, Jack Miller is targeting further improvements at a Jerez circuit that suits his riding style.

The premier class rookie has already turned heads since graduating from Moto3 having scored six points from the season’s three races, aboard the open class LCR Honda.

Buoyed from a strong run in Argentina, which saw the 20-year-old finish 12th, the Townsville rider is confident the Jerez circuit will help continue his impressive run at this weekend’s Spanish Grand Prix.

“After a really good race in Argentina, I’m so looking forward to riding this weekend in Spain,” said Miller.

“I mean, Jerez is a really different style of circuit to the last three tracks we have been to, because they are all wide-open and flat tracks.

“Here it’s really tight and technical, and I think that’s so much better for me.

“More than anything, we need to continue our work from where we left off in the last event in Termas.

“Our aim is simply to keep improving and closing the gap to the riders in front at every opportunity.” 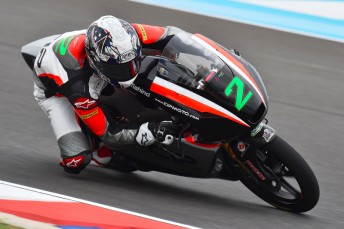 Remy Gardner is Australia’s only full-time rider in Moto3

Meanwhile, fellow Australian Remy Gardner has received a boost ahead of the Moto3 round at Jerez with the arrival of a new sponsor.

The World GP Bike Legends festival has teamed up with the CIP Moto rider and son of former 500cc world champion Wayne Gardner.

The three-day event held at Jerez in June will feature racing returns for a host of former motorcycle world champions including Gardner’s father.

“There are going to be two awesome weekends at Jerez this year – one now and one when my Dad races in June,” said Remy Gerrdner.

“Everyone knows how hardcore those 500cc 2-strokes were, so I think it’s a great chance for MotoGP fans to go along and check it out.

“Hopefully we can keep moving forward this weekend and get some strong results for CIP Moto – a big thanks to World GP Bike Legends for supporting me.”