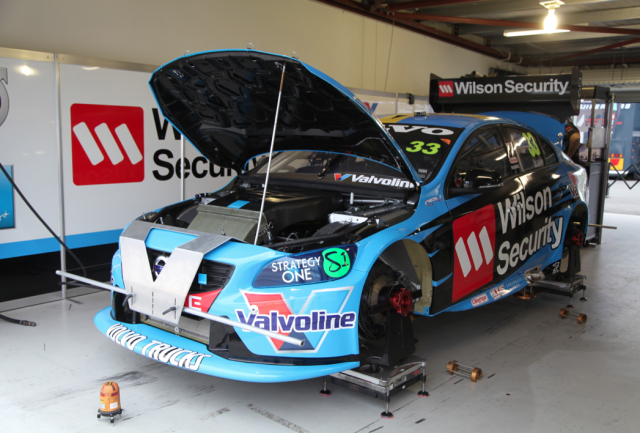 Garry Rogers admits that the reliability of his team’s Volvo engines remains a major unknown this weekend, with reasons for recent problems still largely a mystery to the team.

Three identical engine failures across the first two championship events of the season triggered a major investigation of the Volvo powerplant at GRM and Polestar over the recent break.

Minor changes have been made to the oil system ahead of Barbagallo but, according to Rogers, both parties continue to be baffled by the sudden onset of issues.

“We know what the problem is, but we still don’t know why it’s happening which is bloody frustrating,” Rogers told Speedcafe.com.

“We think it’s the ability of the feed in the (oil) system, but the engines are no different to what we had last year and we never had this problem then.

“We’ve made some changes (ahead of this weekend) to basic things with the oil pump and around the oil galley feeding area to try and improve the oil flow and see whether or not that has any bearing.

“But we haven’t made any big changes. We haven’t reinvented anything.”

The engine in McLaughlin’s new chassis this weekend is, in fact, the same one that completed the Sunday race at Symmons Plains.

It also underwent a 60km shakedown in the new car at Winton last month, where it again encountered no issues.

The earlier problems – compounded by a separate alternator failure in Adelaide – see McLaughlin languishing down in 13th in the championship.

Rogers is confident that the Volvo will be right at the front on pace this weekend, but is making no secret of the team’s ongoing reliability concern.

“We can’t win if we don’t finish,” he said when asked of McLaughlin’s chances.

Opening practice for the V8 Supercars gets underway at 1030 local time.