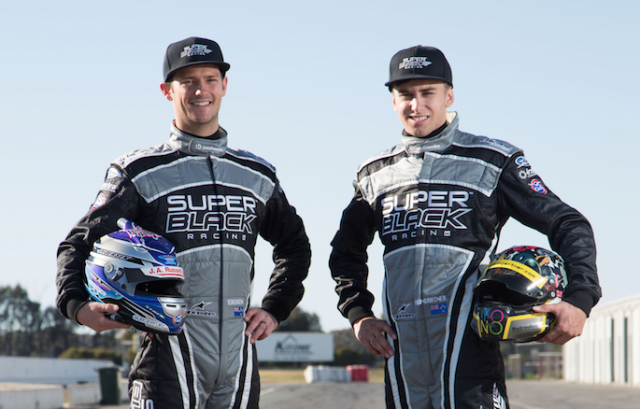 Pedersen and Heimgartner will team up again this year

Dunlop Series driver Ant Pedersen will return to the wheel of the Super Black Ford for this year’s Pirtek Enduro Cup, the team has confirmed.

Heimgartner was selected to lead the team’s Prodrive-run full-time entry this year, while Pedersen has remained in the second-tier class with Eggleston Motorsport.

Although campaigning its own entry for Simon Evans in the Dunlop Series, team owner Tony Lentino says Pedersen’s return was never in doubt.

“After their impressive performance last year at Bathurst, there was never really any other option for us but Andre and Ant,” he said.

“They’re both great drivers and both have always been part of our team. Having Ant back this season was always a priority.

“He was there when Super Black Racing started and knows the team so well already.

“That seamless integration into the team will be an important part of our overall performance at all of the enduros.”

Pedersen hopes to be even more competitive at Bathurst this year after another season of V8 Supercars experience aboard Eggleston’s ex-Triple Eight Holden.

“By the time I get into the car to join Andre, I’ll have clocked up a lot of miles in the Development Series car so am definitely aiming to hit the ground running with Super Black and the Ford FG X,” he said.

“Plus of course, we have the experience of Bathurst 2014 in our back pockets now and that will be a big help, and a major motivator for the team too.

“I’m definitely optimistic that if we continue to perform at the high level the team has achieved so far in 2015, great results are achievable.”

Super Black yesterday unveiled a striking new look for its Falcon ahead of this weekend’s third event of the championship at Barbagallo.