Changing of the guard as Enduro Cup grid fills

Changing of the guard as Enduro Cup grid fills 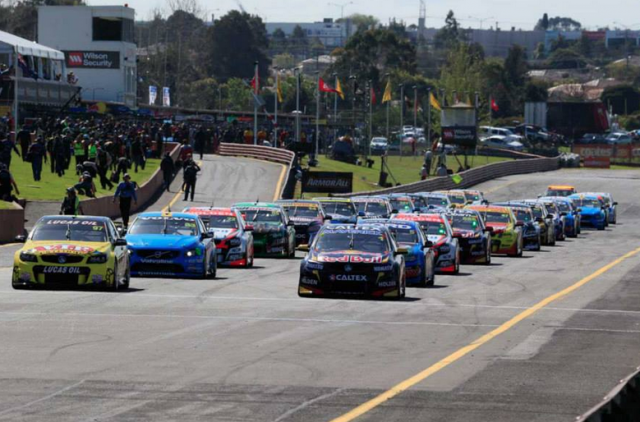 A host of experienced V8 Supercars co-drivers appear set to remain on the sidelines for this year’s Pirtek Enduro Cup.

The Enduro Cup silly season has to date been most notable for the number of experienced campaigners without seats.

Heading that list are Holden legends Greg Murphy and Russell Ingall, both of whom elected to forgo drives in favour of television roles.

The duo has a combined total six Bathurst wins and 45 starts between them having both run in every event since 1994.

Other mainstays that also appear destined to be missing in action include Craig Baird, Steven Johnson, Paul Morris and Greg Ritter.

Baird has amassed 20 starts since his debut in 1990 but has given up hope of a return this year after being replaced by Le Brocq.

Johnson’s unbroken run of Bathurst starts also stretches back to 1994, while defending race winner Morris has made 22 starts since 1991 and Ritter 16 consecutive since 1999.

Morris has been effectively replaced in Prodrive’s Pepsi Max Crew effort by 20-year-old Cameron Waters, although the team is yet to confirm pairings for its three cars.

Ritter’s seat at GRM is meanwhile expected to go to Chris Pither, whose previous BJR slot is slated for another 20-year-old in Macauley Jones.

Baird says that losing his place at Erebus, which he had held since the team’s previous Stone Brothers Racing guise, was a matter of economics.

“They said they didn’t have a budget to pay a driver and as much as I like driving that’s what I do for a living, so it wasn’t something that I was thinking about doing for nothing,” he told Speedcafe.com.

The 44-year-old New Zealander says that the position he and Johnson have found themselves in is a reflection of the current overall state of the category.

“If you look through V8 Supercars you only need to look through how many (primary drivers) are bringing money to be on the grid and the enduro drives are now getting similar,” he said.

“There are a lot of guys out there either willing to do it for nothing or willing to bring sponsorship to the team.

“Someone like Stevie J (Johnson) is as good as anyone when it comes to co-drivers but he’s another left sitting on the sidelines.

“I don’t think the requirements have changed, but the circumstances have,” he added.

“If I was a main driver, I’d want a guy that would come in, know the circuits, be fast with minimal laps and know how to stay out of trouble.

“Don’t get me wrong, there are a lot of young guys there that can do a good job, but with the tyre restrictions and limited (testing) miles, it’s tough for them.”

Although many teams have not officially announced their line-ups, single seats at Nissan Motorsport and Lucas Dumbrell Motorsport are thought to be the only ones left in play.

See below for the likely line-up for the Supercheap Auto Bathurst 1000, excluding any wildcards. Note: This is not a confirmed entry list.

*driver yet to be confirmed or pairing subject to change