Mark Winterbottom is confident that Prodrive’s FG X Falcon will take another step forward at Barbagallo this weekend after a productive early season break.

The team has utilised the five-week gap between events to reload after a busy start to the year that saw the team rush the new model onto the track.

The car’s potential was proven at the non-championship Albert Park event last month, where Winterbottom led team-mate Chaz Mostert to a quartet of one-two finishes.

Qualifying speed at the championship events has been somewhat harder to come by, with the duo chalking up just two top six grid positions between them in six sessions across Adelaide and Symmons Plains.

Both have scored podiums, however, and sit sixth (Winterbottom) and 10th (Mostert) in the championship headed to Perth.

All FG X drivers have to varying degrees complained of understeer since moving to the new model, which features a dramatic rearward aerodynamic shift from its predecessor.

Further refinement of the package and Prodrive’s strong history at Barbagallo has Winterbottom confident of a strong weekend.

“The five week gap is way too long from a driver’s point of view but obviously the team have used it for good and have developed some things and come up with some changes which is great to see,” he said.

“I think Perth has always been good for us and the way the car handles now, it should suit that track even more so we’re hopeful of some good results.

“It feels like we’re in the second stage of the championship now,” he continued.

“We got through the first part so quickly and then you regroup and now we’re in that second phase.

“It worked well for us last year so hopefully we can kick on now and get further up in the points and get some strong results.”

Team principal Tim Edwards confirmed that the break has been beneficial for the team, but is cautious on predicting gains made against the opposition.

“It’s given us an opportunity to get on top of things and go to Perth a lot better prepared than we have to the first three races.

“We’ve been able to to digest what we’ve learnt in the first few races as well, but everyone else will have done the same.

“These windows (between events) give everyone the opportunity to do their homework.”

Impressively, all four of Prodrive’s FG Xs have proven top 10 contenders during the season to date, with David Reynolds and Andre Heimgartner also front-runners at Symmons Plains.

“Yes, I do,” said Edwards when asked if he expects improvement from the Scott Pye driven car.

“Adam gave them some pretty good feedback from their test and I’ve spoken to Ryan (Story, DJRTP managing director) since then as well, so it’s all quite positive for them.” 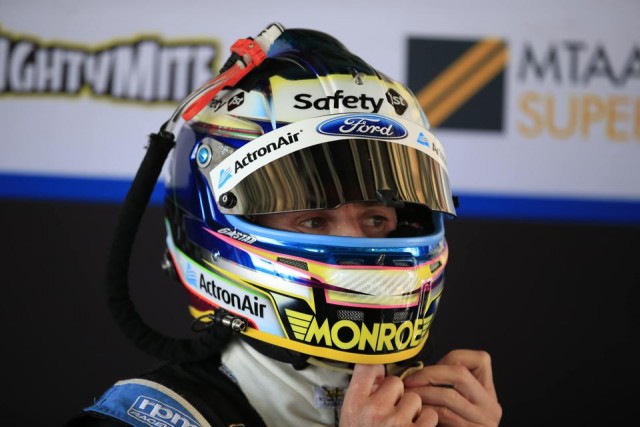