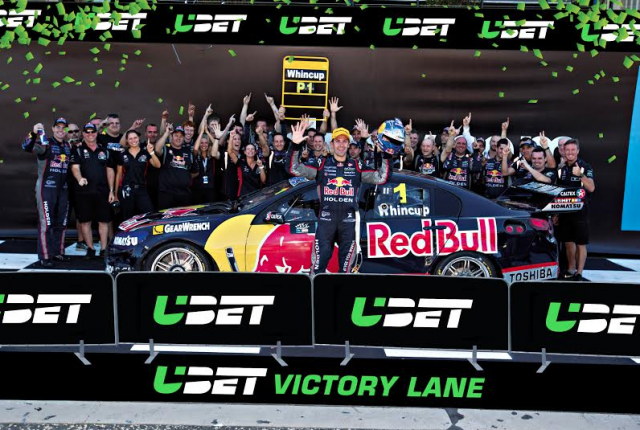 UBET is a rebranding of TattsBet, which had linked with V8 Supercars throughout the second half of last year.

The new deal will see UBET advertising appear at NASCAR-style Victory Lane celebrations across the majority of events, starting at Barbagallo.

V8TV pitlane reporter Greg Murphy has meanwhile been announced as a UBET ambassador, providing insight to punters during the season.

“Our sport has millions of loyal and intensely passionate fans who embrace V8 Supercars as their number one sport whilst also having a strong affinity with other sporting codes.

“These attributes coupled with the intense thrill of an insanely competitive Championship makes V8 Supercars the ideal premium partner for a leading national brand.”