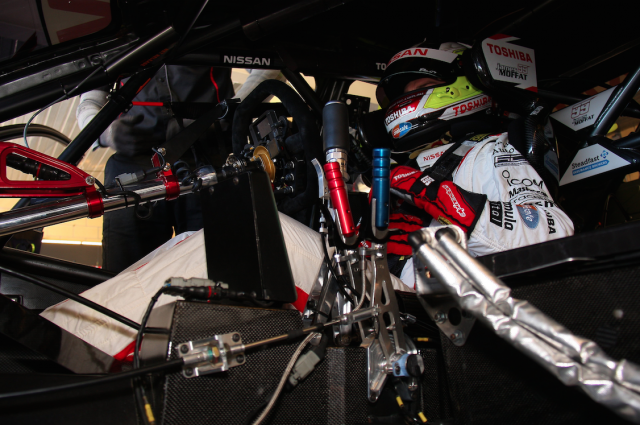 James Moffat aboard the #99 Nissan

Nissan Motorsport will reveal a new major sponsor for James Moffat’s Altima with a demonstration run on the streets of Perth this morning.

Moffat will take to the wheel of the #99 Nissan at 10am local time, driving an approximately 5km loop among regular traffic on South Perth Esplanade and Mill Point Road.

Fans are invited to watch the demonstration before taking part in wheel changes and a meet and greet with Moffat at Mill Point Close.

The unveiling of a new sponsor for Moffat from Barbagallo comes after the conclusion of a three-event stint with primary support from Steadfast Insurance Brokers.

The factory team’s commercial department has been under the pump this season following Norton’s exit and Jack Daniel’s decision to scale back to one car.

Like Moffat’s, Todd Kelly’s Altima has also been running on short-term sponsorship deals, with a backer for the weekend yet to be announced.