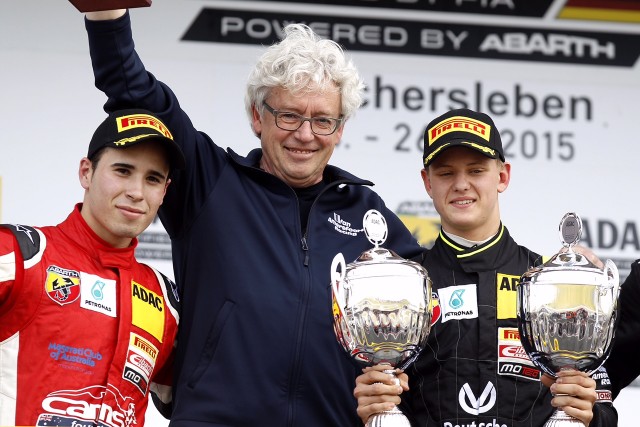 The 16-year-old single seater rookie quickly passed Thomas Preining for the lead, where he remained until the chequered flag.

The German driver finished ninth and 12th in the opening two encounters.

“My first race weekend could not have gone better.

“I was not too unhappy about the Safety Car. All in all, I’m really pleased with this start to the season and look forward to the next set of races.”

It proved to be aloud start for Mawson with the Sydney racer third in the championship having finished sixth and fourth in the first two races of the weekend.

“I’m very satisfied. A podium on my first weekend in the ADAC Formula 4 is perfect,” said Mawson.

“I’m very happy with second place and the one-two win for my team. The weekend could not have ended on a better note.” Johan Kristoffersson on his way to World Rallycross victory in Portugal

Johan Kristoffersson kicked off the new FIA World Rallycross Championship with victory in treacherous conditions at the opening round in Portugal.

Solberg had topped the Intermediate Classification before both he and Kristoffersson came through to win the semi-finals before the dramatic final.

“I nearly stalled the engine on the start-line and the whole circuit was unbelievably slippery but I drove a clean race,” said Kristoffersson.

“I couldn’t see out of the side windows so it was more about survival than actual racing.”

Kristoffersson and Solberg are currently tied at at the the top of the championship standings with the series set to visit Germany’s Hockenheim circuit on May 1-3. 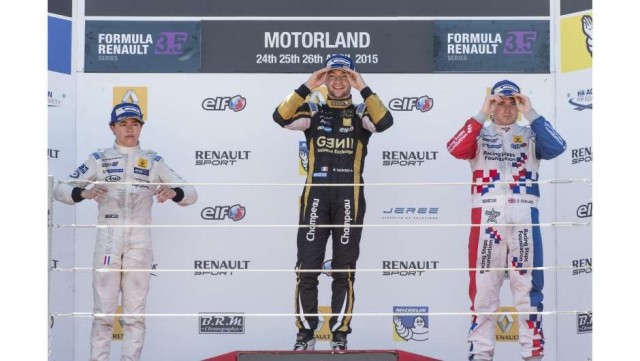 Oliver Rowland leads the Formula Renault 3.5 Championship after the Brit and Matthieu Vaxiviere shared the spoils at the Motorland Aragon season opener.

Lotus junior driver Meindert van Buuren came through to take the win on Race 1 on the road, but a 20 second penalty for a jump start demoted him to fifth handing Rowland the victory.

As a result of the penalty, Jazeman Jaafar completed a 1-2 finish for Fortec Motorsports, while last year’s GP3 runner-up Dean Stoneman completed the podium in third on his championship debut.

Vaxiviere produced arguably the drive of the weekend in Race 2 as he took the chequered flag after completing an impressive penultimate lap overtaking move on long time race leader Nyck de Vries.

The pair made slight contact in the aftermath of the move which ultimately ended de Vries charge as he settled for second 3.4s behind the winner.

Rowland maintained his strong start to the season with a third place finish. 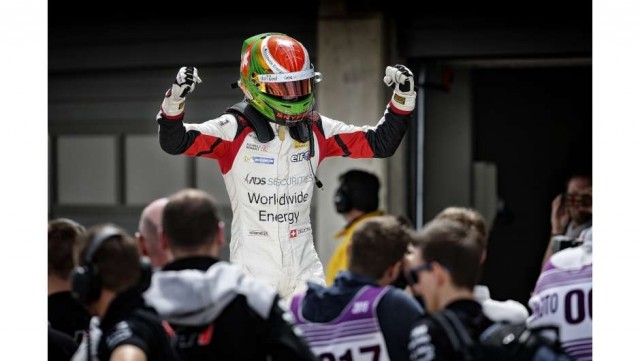 Louis Deletraz emerged as the star of the opening round of Formula Renault 2.0

Louis Deletraz proved the dominant force in the hotly contested Formula Renault 2.0 opener with a double victory at Motorland Aragon.

The son of former Formula 1 driver Jean Denis Deletraz, held off Brit Ben Barnicoat in race 1 before repeating the feat in race 2 by pipping Kevin Jorg to the chequered flag.

Fellow Australian James Allen ended his weekend on a high with a fifth in the final race of the weekend. 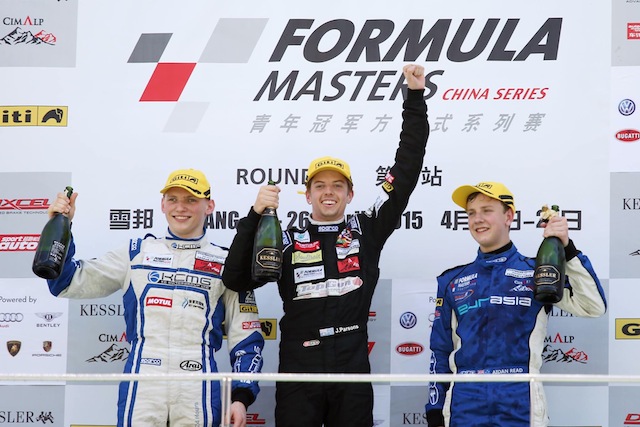 Australian Jake Parsons has claimed immediate success, spearing to double wins and the series lead of the Formula Masters China Series at Sepang in Malaysia.

Parsons had earlier finished second in the opening heat and claimed two fastest laps in the three-race format.

“I was just trying to be as consistent as I could, and got two wins and a second out of it,” Parsons said.

“I’m really, really happy with that and we’ve got a nice little points buffer already. It’s a good start to the season.”

The weekend wasn’t all plain sailing though as a potentially nasty incident on Sunday morning during his pre-race training program left Parsons with a gash on his leg.

From pole position in race two, Parsons made a clean start, led every lap and earned another point for fastest lap.

“I just focused on my driving and getting clear air, while the guys behind were scrapping,” he said. The Melbourne driver had dominated the opening race at Barber Motorsports Park from pole position to score Nissan’s first win in the category.

However, his car was found to have breached the championship rules leading to the loss of all driver and manufacture points from the contest.

Davison finished in 11th position having been forced to start the second race from the back of the grid as a result of his Race 1 infringement. 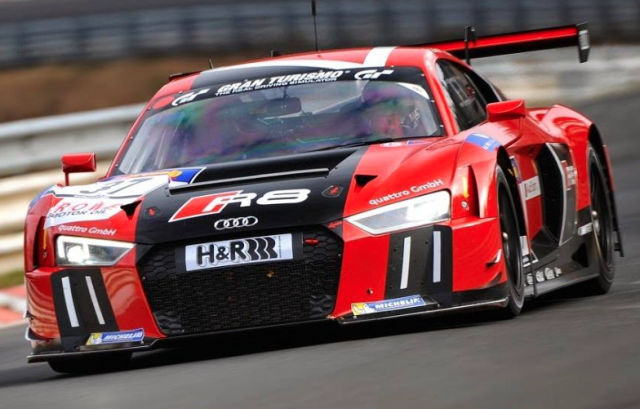 Mies and Muller crossed the finish line with a comfortable 1:27s advantage over the sister R8 of Laurens Vanthoor and Pierre Kaffer in the four encounter at the infamous Nurburgring Nordschleife circuit.

“I’m absolutely delighted, because it was a nail-biting race. We started on rain tires, changed to slicks and before changing back to wet tires later on,” said Mies.

“The new Audi R8 LMS was easy to drive in both wet and dry conditions. We have also made progress on the suspension set-up. This was the key to victory.” 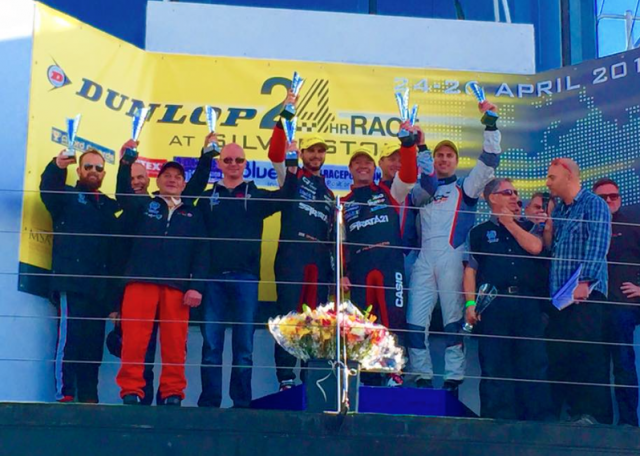 Reigning Pro Mazda champion Spencer Pigot has moved to the top of the IndyLights standings after an impressive double win at Barber Motorsports Park.

Pigot claimed his maiden IndyLights victory with a lights-to-flag drive from pole position in Race 1.

Pigot continued his charge in the second race with the American taking the chequered flag from Harvey and Carlin driver Max Chilton.