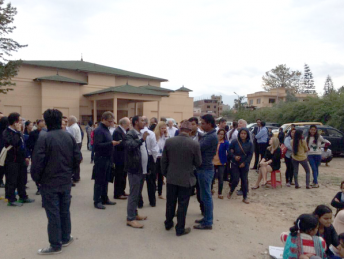 The conference attendees outside the hotel in Nepal. pic: Vicky Chandhok via twitter

Six officials from the Confederation of Australian Motor Sport attending an FIA conference in Kathmandu, Nepal have been confirmed safe following a devastating earthquake.

More than 1,300 are reported dead, including 300 in the capital itself, after the magnitude 7.9 earthquake struck Nepal and north India late yesterday.

Others taking part in the event, designed to improve communication between the FIA ASNs in the region, including FIA President Jean Todt and FIA Vice President Morrie Chandler, also escaped uninjured. 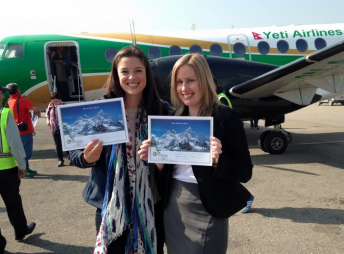 The 45 attendees from 14 different countries were all evacuated into the car park of their hotel following the quake.

“The hotel was compromised so they had to move to other accommodation, but they are all safe and accounted for,” a CAMS spokesman told Speedcafe.com.

“They’ve made their way to the airport a day earlier than planned and they’re due back in the country tomorrow.”

Former chief of India’s ASN, Vicky Chandhok, Tweeted the above photo of the FIA delegates following the evacuation.

“Thoughts with all those affected by the deadly Kathmandu earthquake,” he wrote.

“Just spoke with our @fia family who are huddled in the car park.

“Since all the hotel window panes shattered, water in the pool leapt up 10 feet and pool cracked.”