Walsh: No excuses after engine upgrade

Walsh: No excuses after engine upgrade 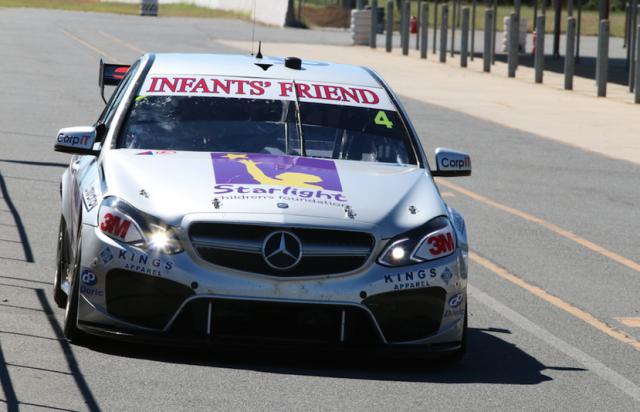 Ash Walsh expects to draw closer to team-mate Will Davison at Barbagallo after testing Erebus Motorsport’s latest engine upgrade for the first time.

Providing improved driveability as well as a gain in outright power, the upgrade had been run only on Davison’s car at Albert Park and Symmons Plains.

A rookie test at Queensland Raceway on Thursday allowed Walsh to sample the improvements before heading to the May 1-3 Barbagallo event.

The test saw the team experiment further with engine mapping, as well as exploring set-up options and affording Walsh a handful of practice starts.

Davison completed his 10 lap maximum allowed under the rookie day rules towards the end of proceedings, verifying set-up changes made by Walsh.

The Dunlop Series graduate sits 25th in the championship standings heading to Barbagallo, having finished no better than 21st across three torrid races at Symmons Plains.

“Going into the grand prix (Albert Park) and Tasmania I felt like a bit of a sitting duck, knowing Will would be getting the upgrade,” Walsh told Speedcafe.com.

“Seeing how he went, it showed where we could be which was positive but a little frustrating at times. Now we’ve got the upgrade there’s no excuses from my side.

“Certainly it’s going to be a step forward, 100 percent, but where I end up, we’re unsure. I hope it’ll be somewhere near the top 10.

“But at the end of the day we’ve got to do a good job with the car to get it up there too.”

Although the engine upgrade has been hailed as a clear gain, Walsh stresses it is just one step in the ongoing development process.

The team recently confirmed part-time involvement in the team for Campbell Little and Barry Ryan, bolstering the existing technical structure.

“We’re still not right up there with that engine number that everyone tries to get to,” said Walsh.

“We’re not walking around saying we’ve got the best car on the grid. There’s still room to improve but this is a step in the right direction.

“We know it’s going to be a process of getting through and fixing the issues that we have. I feel this is the first step towards developing the car well.

“I think we’ve got a good bunch of guys here that really motivated and capable of being right up there, it’s just about taking time to get this chassis and engine package right.

“When you look at how well Will went in Tasmania, it’s very encouraging. Whether I can expect the same from myself I don’t know, but I certainly hope so.” 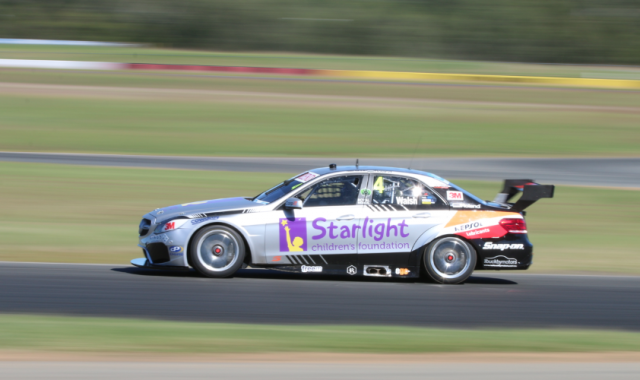 Walsh at speed in the #4 Mercedes