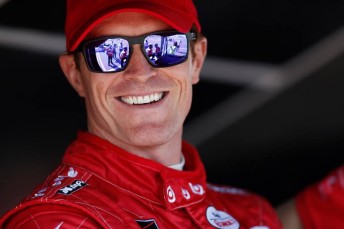 A humble Scott Dixon has paid tribute to his Target Chip Ganassi crew after moving into a clear fifth on the all-time IndyCar win tally at the weekend.

The victory was his 36th success across CART and IndyCar Series competition, drawing one clear of the legendary Bobby Unser.

Only AJ Foyt (67), Mario Andretti (52), Michael Andretti (42) and Al Unser Sr (39) are placed higher on the official win tally, which includes all championship races from AAA, USAC, CART, Champ Car and IndyCar from 1905 to present.

“It feels amazing to even be on a list with a lot of those names,” reflected Dixon, whose resume includes three IndyCar titles and the 2008 Indianapolis 500 crown.

“It’s a real privilege, but for me, I think stats are something that you look back on I think when you’re done with your career, and hopefully you’re happy with them.

“But right now we’re fifth. I think we’d definitely like to build on it, and the only way we’re going to do that is to win races.”

Long Beach also saw Dixon join Bobby Unser, Emerson Fittipaldi and Castroneves as the only drivers to win at least one race in 11 consecutive seasons.

Dixon has spent the last 13 years in IndyCar, having moved from CART with the Ganassi team at the end of 2002.

He had made his CART debut the previous season with the now long defunct PacWest Racing. Victory in his third career start remains the only win he has scored away from the Ganassi empire.

“I’m very lucky to be with a team like Team Target,” he said.

“All but one win has been with this team, so a huge amount of credit goes to them as a team for enabling me to take it to the winner’s circle a lot of the time.

“I’m just thankful for the position I’m in.”

Dixon’s time with Ganassi has also yielded outright wins in the Daytona 24 Hours sportscar event in 2006 and 2015.

The IndyCar Series continues this weekend at Barber Motorsport Park, where Dixon has finished on the podium without victory in each year since the circuit joined the calendar in 2010.