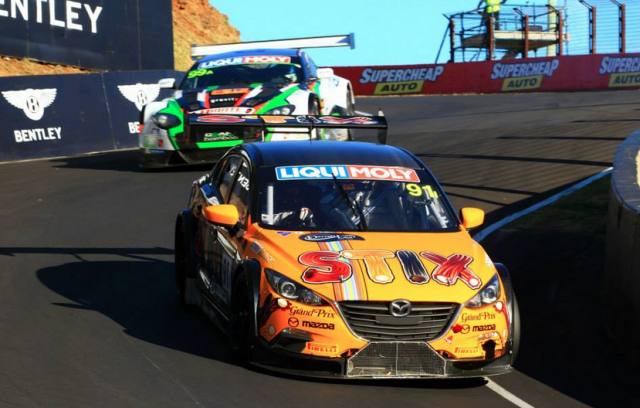 MARC has another two Mazda 3 V8s in build

The build of another two MARC Mazda 3 V8s is underway in Queensland, including the company’s first left-hand-drive version of the endurance chassis.

The left-hand-drive car has been sold to Dutch team Red Camel Jordans, which is headed up by Creventic Endurance Series promoter Ivo Breukers.

While MARC has fielded its cars throughout Europe over the last 18 months, Red Camel will become the first customer to run its own program.

The Red Camel car will be completed and dispatched to Europe by the end of next month ahead of its debut at Creventic’s 24 Hours of Paul Ricard in July.

It will be the eighth MARC car built after the recent completion of another Mazda to replace the chassis written off with Breukers at the wheel in this year’s Bathurst 12 Hour.

Build of a ninth car, for a yet-to-be-named customer, is also underway and will too wear the Mazda bodywork.

One of MARC’s own Focus V8s, which share all but their bodywork with the Mazdas, currently co-leads the points standings in the Creventic Series.

“We never intended to race every car that we build so we’re actively looking for customers to purchase and race the cars,” MARC founder Ryan McLeod told Speedcafe.com.

“What we’ve achieved so far running them ourselves has now set the foundation and showed what they can do.”

McLeod says that the base chassis was designed such that cars could easily be built in either right or left hand drive form.

“Sometimes the European teams get drivers at short notice and having it right-hand drive is just another hurdle that they have to jump over,” he said.

“We (MARC and Pace Innovations) designed the chassis so that we could make them in either configuration.

“It’s just a matter of fitting the controls to the other side and swapping the seat mounts and fuel tank.”

McLeod’s own team is meanwhile preparing for this weekend’s Silverstone 24 Hours, where it will be aiming for outright victory with two Focus V8s.

The second car will race under the banner of Team Russia by Barwell; the BMW GT3 team run by Lemmer, who has previous experience in MARC V8s.

While the MARC V8s have been designed for the European endurance events, two debuted in the Kerrick Sports Sedan Series at Sandown last month.

Their local duties are highlighted by an annual appearance in the Bathurst 12 Hour, where McLeod hopes to run as many as five cars next year.

“If we have four or five with strong line-ups we can have a cracker race amongst ourselves as well as pushing some of the other guys,” he said of Bathurst. 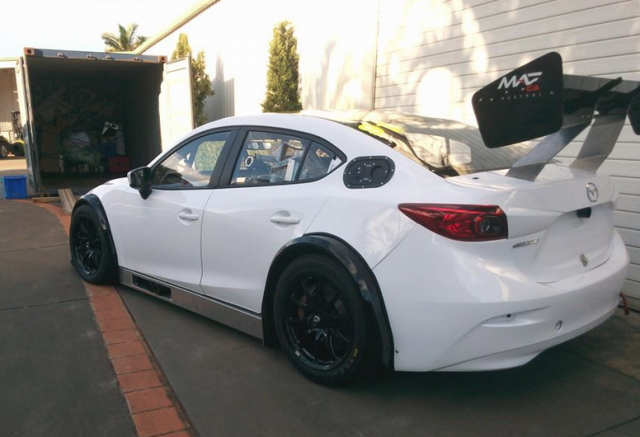