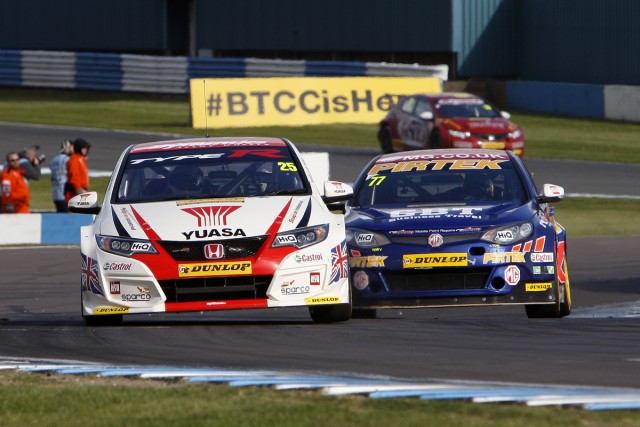 Matt Neal has assumed the lead of the British Touring Car Championship after taking a controversial victory in the reverse grid race at Donington Park.

The Honda driver made the most of a clash between long time race leader Josh Cook and Team BMR’s Aron Smith at the Craner Curves which opened up the final race of the second round.

Neal managed to muscle his way into the lead following the incident having earlier barged his way by Triple Eight’s Andrew Jordan.

Plato led home Honda’s Gordon Shedden and Turkington in race 1, while the latter starred in Race 2 with a comfortable win from Neal and the Mercedes of Adam Morgan.

Neal holds a two point lead over Turkington at the top of the championship standings. 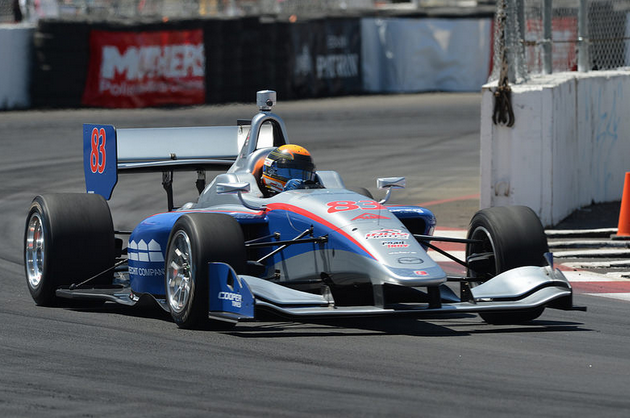 Matt Brabham’s race was ruined with a gearbox issue

Brabham made the best of the start, avoiding the opening lap incident involving two of the front-runners and started chipping his way forward.

He was able to get his #83 The Stellrecht Company-backed Andretti Autosport car up to sixth position early before his race came to a halt with a gearbox failure after only six laps.

“Really disappointing is probably the only way I could sum up the weekend,” Brabham said.

“We started the race strong, avoided the opening lap crash and were on the charge.

The race was won by Ed Jones.

The next round of the Indy Lights presented by Cooper Tires is next weekend at Barber Motorsports Park, Alabama. 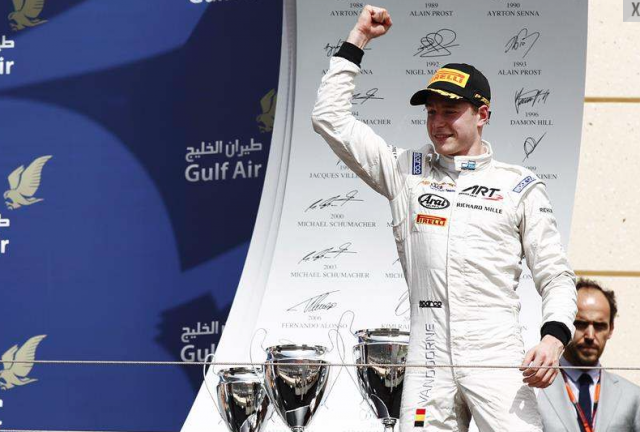 McLaren Formula 1 test driver Stoffel Vandoorne kicked off his GP2 campaign with a last gasp victory in the opening feature race of the season at Bahrain.

Polesitter Vandoorne had led the early stages but the introduction of the Safety Car changed the complexion of the race gifting soft tyre starters the chance of a free pit stop.

The medium compound shod Vandoorne stayed out in the hope to build an advantage but found himself behind Alexander Rossi after he made his mandatory stop.

Despite losing the lead, the Belgian quickly cut the deficit to Rossi before completing a pass on the penultimate lap to complete an impressive victory.

Rossi was unable to hold on to second with Campos Racing’s Rio Haryanto, who pitted shortly after Vandoorne, surging around Rossi for second at the final corner.

Haryanto proved to be the star of the sprint race scoring his maiden GP2 win on his 70th start.

The Indonesian, who started from seventh on the grid, stormed up to third on the opening lap before going on to grab the lead on lap eight.

Haryanto preserved his tyres proficiently to take the win from a charging Vandoorne and Nathanael Berthon.

New Zealand’s Mitch Evans endured a difficult weekend which saw him finish sixth in race 1 before a puncture accrued from a clash with Julian Leal dashed his hopes of a podium finish in the sprint race. 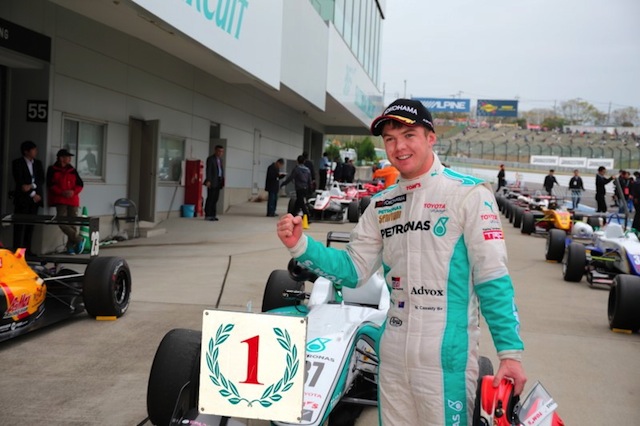 Japanese F3
Kiwi Nick Cassidy dominated the opening round of the Japanese Formula 3 championship at Suzuka but it was soured by a post-race penalty.

Cassidy topping both free practice sessions on Friday before storming away to secure double pole position in Saturday’s qualifying sessions and easily claiming the fastest lap of race ahead of reigning champion and fellow Petronas Team Tom’s driver, Kenta Yamashita.

Cassidy took the top step on the podium after race 1, but was handed a 40s penalty for a race incident with his team mate that forced Yamashita to retire from the race.

Cassidy ultimately finished in tenth in the points.

“It was a situation where I was defending the lead with only two laps to go and my team mate made contact with the outside rear of my car under braking,” Cassidy said.

“Extremely unfortunate for both of us to lose our points, but I believe I was racing in a fair manner.

“The TOMS team did a great job and deserved a 1-2 finish after a perfect job leading up to the race.”

The penalty fuelled the 20-year-old Aucklander heading into race two on Sunday and he drove a flawless race to again record the fastest lap and secure first place.

“Suzuka is a track that definitely plays to my driving style and it felt like the Team’s set up on the Dallara F314 chassis is simply made for this circuit, the car speed is amazing and it’s an unreal feeling to win at such an iconic track.

“Today was a great day all-round.”

Cassidy, also recently announced as a participant in the BMW Junior’s programme now heads to Europe for commitments with the German marque before returning to Japan to contest round two of the Japanese Formula 3 will be held at Motegi from May 9-10. 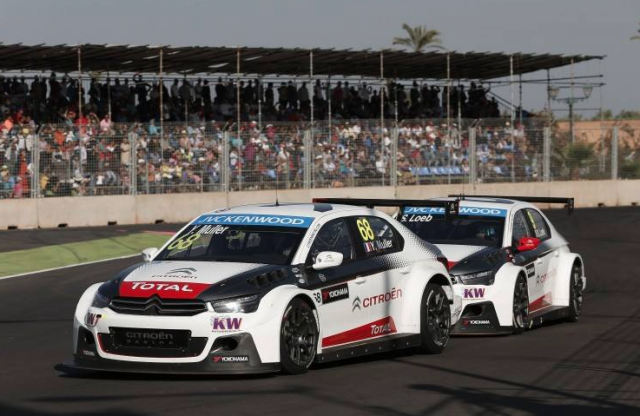 Citroen dominated the second round of the World Touring Car Championship with reigning world champion Jose Maria Lopez  and Yvan Muller sharing the spoils on the streets of Marrakech.

The French manufacturer occupied the top five positions in the opening race won by Lopez, who held off a spirited charge Ma Qing Hua.

The battle for the final podium spot provided a thrilling scrap between Sebastien Loeb and the Citroen of Mehdi Bennani, with the former World Rally Championship star coming through in the closing stages.

Having started from eighth due to a driving standards penalty, Muller emerged victorious in a race long battle with the Hondas of Tiago Monteiro and Gabriele Tarquini for fifth position.

However, Muller showed his class in the final race as he refused it buckle under immense pressure from Loeb to take the chequered flag by half a second.

The Citroen duo opened up a comfortable lead at the start virtue of a multiple car collision sparked by Stefano D’Aste at the first corner.

Lopez was the big winner of the crash as he eventually emerged in third to claim his second podium of the weekend.

Tom Chilton proved to be the best of the rest in fourth for ROAL Motorsport.