CAFE CHAT: Tony Quinn on Race to the Sky

CAFE CHAT: Tony Quinn on Race to the Sky 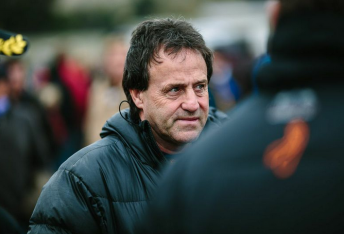 New Zealand’s treasured gravel hillclimb, the Repco Race to the Sky is back for good according to new custodian Tony Quinn.

After being brought back from its dormant state for the first time since 2007, the 14.5km sprint from the floor of the Cardrona Valley in Otago to the summit was classed as an unmitigated success.

Won by Alister McRae in a Vantage Subaru STi which carried the late Possum Bourne to victory in 2001, the Race to the Sky will be back permanently according to Quinn.

The petfood-cum-chocolates tycoon Quinn, who is well credentialled for his circuit and tarmac rally exploits, entered a Pace Innovations-built 850bhp Ford Focus which he steered to a cautious 12th place.

Rising from 450m above sea level to 1500m at the finish, the 135-turn event is now positioned to become the epicentre of the world’s unsealed hillclimb competitions.

Preparations to secure the hillclimb for next year are a priority with Quinn telling Speedcafe.com’s Gordon Lomas that he was completely in awe of the event. 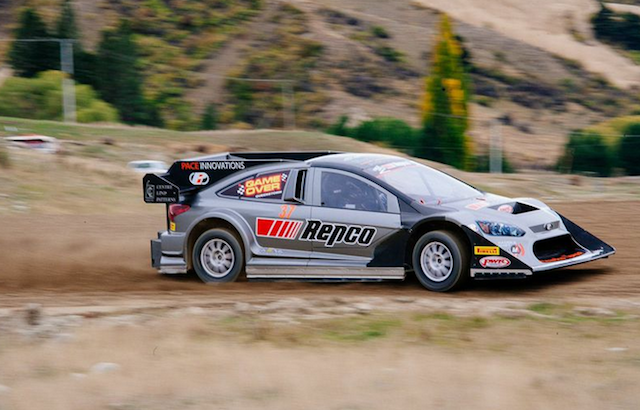 SPEEDCAFE: Everything seemed, on the outside at least, to run smoothly. How would you assess the success of the event’s comeback?

TONY QUINN: I have to say this is the best weekend I’ve had in motorsport for an awfully long time.

Wearing two hats, first if I wear the event promoter hat it was great. Everyone was nothing but complimentary.

The mayor of Queenstown Vanessa (van Uden) came up to me on Saturday and said ‘we have got to keep this thing happening, this is just so cool’.

I said if we have a bit more time for the next one which we will have we will muster up some international activity and more corporate stuff.

Even the coffee shops in Wanaka were delighted. And all the different cars and bikes and quads and characters.

People who used to do it and people who have never done it, they all thought it was very cool.

Repco had 200 corporate guests there and they were delighted. They can see an iconic connection happening.

And from a competitor’s point of view it was awesome.

I’ve never driven my car before. I don’t do gravel and I think I’d driven up the course four times in a ute just to see the people with properties.

So there was no memory or anything and of course I’m scared of heights. From point eight to about point 14 my stomach was just curdling a wee bit.

Honestly what a personal achievement and a personal challenge. I was convinced I was going to get down into the eight minutes, but I buggered up the last run.

I was peeling 20s off each run. What a buzz it was. 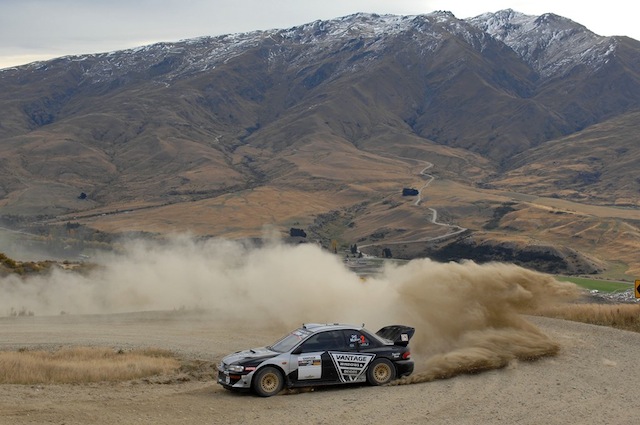 SPEEDCAFE: You couldn’t ask for a more storybook winner in Alister McRae winning in the Subaru with which Possum Bourne claimed victory in 2001?

QUINN: It was great that Alister won. They changed an engine before the final run and of course the Subaru has a nice connection to the Race to the Sky.

Spencer Bourne (Possum’s 16-year-old son) was there presenting a trophy named in his dad’s honour for the fastest Kiwi up the mountain.

I’ve had a few weekends in motorsport and it was one of the best I’ve had as I’ve said before.

SPEEDCAFE: The event seems to be in a great position to steal some thunder from Pikes Peak given that, as iconic as the American event is, it is now a fully sealed strip of road whereas Race to the Sky is gravel for its entire 14.5km. Would you agree?

QUINN: Yes I would say so. Pikes Peak is bigger than Ben Hur and all the rest of it, but I think it struggles financially too.

I don’t think this is going to be a financial windfall particularly for the next couple of years.

But I think it has some great bones to the thing. It’s got a great heart and it’s bound to have a soul somewhere.

I think it touches everybody’s soul that does the job. Every competitor is just buzzing there. 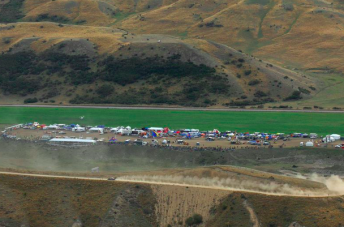 SPEEDCAFE: When you made the decision to revive this event which had not been run since 2007, obviously it was a lot more complicated to get off the ground again than it seemed?

QUINN: Absolutely. Anything that looks easy is usually complicated.

Grant Aitken, who had it for 10 years, without him helping it would have been 20 times harder.

So with his support and advice it was a whole lot easier. It was still commercially difficult to do and convince the (approximately half a dozen) neighbours.

But I don’t think there would be one grumpy bugger in the south part of the south island today, unless it’s raining.

There were helicopters flying in all day so we’ll have to stop that because they were taking people in without paying for tickets (he chuckles).

SPEEDCAFE: So when do you officially say it’s go for next year?

QUINN: I would be shot or have to flee to some other country if I was to say it’s not going to happen.

What we have to do is go straight back to the authorities and neighbours and all the affected parties.

I only signed a 10-year agreement with the people who own the land at the bottom part of the area on the Thursday at 11am, that’s how tight it was.

The problem Highlands has had ever since we started is that we’ve never had enough time to tell people what we are doing.

We’ve been doing it on the fly and making the rules up as we go along.

I’m back in New Zealand in a few weeks and the first thing I’m going to do is to put out a calendar (2016) that suits Highlands, and if they want to come to an event at least they will have a long time to work it out. 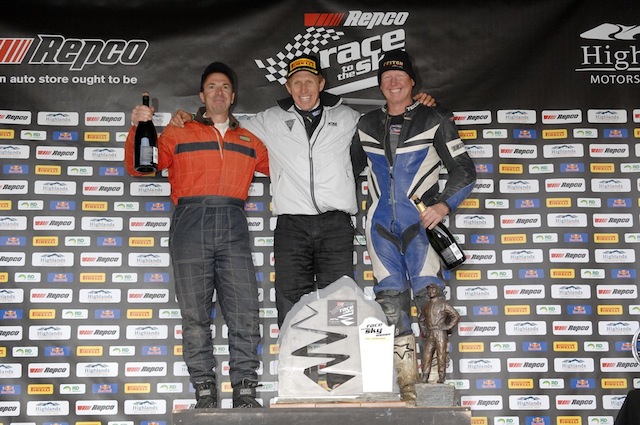