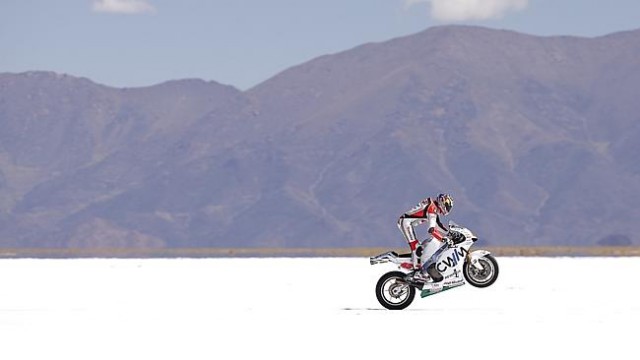 Australian MotoGP star Jack Miller takes time out before the Argentinian Grand Prix for a high-speed run on a South American salt plain.

The CWM LCR Honda rookie set out on the Salinas Grandes salt desert in Jujuy, where the usual serenity was shattered by the ground-shaking sound of his RC213V-RS.

Located in Northern Argentina, at 3,500m above sea level, the Salinas Grandes spans over 6,000 square kilometres.

Salt lakes have traditionally been used for land speed record attempts, but never before had a modern MotoGP bike undertaken such a run.

Miller and his RCV will be back on asphalt during practice at the Termas de Rio Hondo circuit.