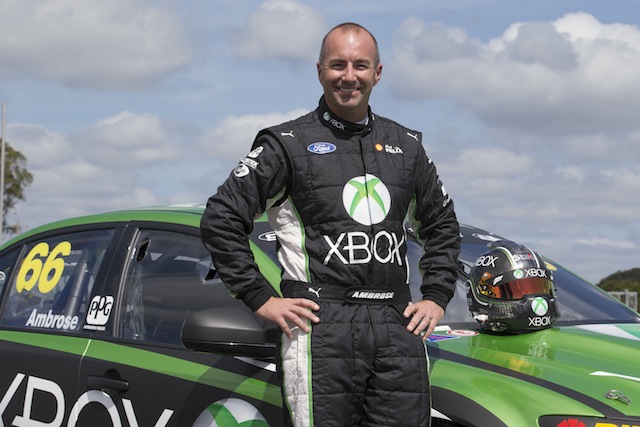 The suit Marcos Ambrose wore for his return to V8 Supercars following his nine-year NASCAR is being auctioned for charity on Speedcafe.com Classifieds

DJR Team Penske has listed what is set to become a treasured piece of motorsport memorabilia for sale for charity through Speedcafe.com’s revamped Classifieds.

The highly recognisable black and green Xbox race suit Marcos Ambrose wore for his official V8 Supercar return in Sydney last December has been put on the market.

Ambrose wore the suit at a shakedown ride day at Lakeside in November and then at an official test day at Queensland Raceway a few days later before donning it again at the Sydney NRMA 500 for the final round of the 2014 season.

The suit, CLICK HERE for listing, is being sold directly by the team with fans and collectors being asked to email their bid to [email protected]

Fans have until midday (AEST) on Monday to place their bid with all money raised being donated directly to Paradise Kids, a youth-based counselling and support provider that has been based on the Gold Coast for the past 19 years.

The Ambrose suit comes with an action shot of the car from the Sydney Olympic Park round and a portrait shot of Ambrose in the suit.

Ambrose will autograph the suit with any personal message the winning bidder requests.

The suit can also be personally presented to the successful bidder if logistics allow.

“I think that Xbox car will be one people remember for a long time,” said Ambrose.

“There simply won’t be another one of these and that’s the type of cool memorabilia which the fans love. I am sure it would make a great addition to a corporate office or a pool room.

“It is also terrific that the money raised is going to a youth-based organisation like Paradise Kids.”

DJRTP team principal, Ryan Story, said that the suit is one of the most unique and most collectable pieces that DJR or DJR Team Penske has ever offered.

“There were only three Xbox suits made for Marcos for his return to V8 Supercars and this will be the only one that will be sold. The others will be kept by the team and by Marcos,” said Story.

“We have told a few people internally about the concept before today’s official launch and the interest in the suit has been incredible.

“We think Speedcafe.com Classifieds is a great concept for the fans and will provide them and us with an outlet for a lot of collectable memorabilia in the future. And the great thing is that it is a totally free.”

Updates on the price of the suit will be made public through Speedcafe.com’s Facebook page.

The winning bidder will be contacted directly.