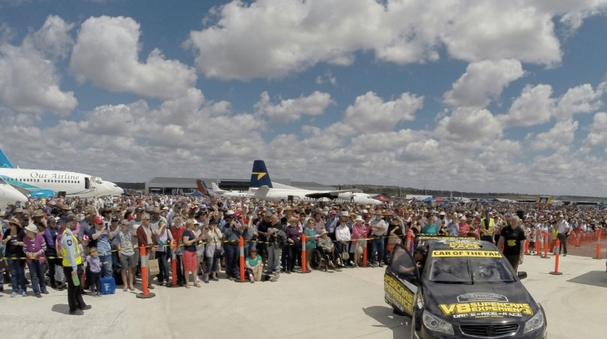 Plans for the construction of a motor racing circuit adjacent to the recently opened airport at Wellcamp near Toowoomba have been put on hold.

The Wagners construction and logistics company which built the $100 million Brisbane Airport West admits that its vision for a motor racing complex and circuit to be operational by August next year is now unrealistic.

When Speedcafe.com brought the story to light in August last year, Wagners had planned to put a proposal to the Queensland government early in 2015.

“We haven’t had a chance to talk with this new government yet. The reality is it is still a fair way off,” Wagners chairman John Wagner told Speedcafe.com

“It’s a work in progress is the easiest way to put it. We’ll get there but it’s just a matter of time.

“It is something we definitely want to do but we’ve got to get the funding sorted.

“I’ve got a number of irons in the fire in that department, so I’m just going through the process.”

Wagner, who saw almost 30,000 attend the opening of his company’s airport in September last year, admitted that completing the circuit by August, 2016, is now a longshot.

“Unless we change things tomorrow it’s not realistic,” he said. “(But) we can built it pretty quickly. We can build it in six months.”

A 5,000 acre parcel of land next to the Wellcamp airport has been earmarked for the circuit, which has already been designed by Mark Skaife and IEDM.

V8 Supercars had been buzzing of the news regarding the proposed Toowoomba facility, with the category now looking to South Australia for a new circuit at Tailem Bend to materialise first.

The only other permanent motor racing circuit of significance in Australia being proposed is CASAR Park at Wyong on the NSW central coast, which has already said that V8 Supercars would not be on its radar.