Atkinson follows another highly credentialed rally driver, Alister McRae, who was recently announced as taking part in the test.

The Extreme Rallycross series, promoted by marketer David Ridden, will kick-off a seven round inaugural calendar at Mudgeeraba on the Gold Coast from August 28-29.

The series is one of two rallycross competitions currently being launched in Australia, with veteran competitor Bob Watson also promoting his own Victorian-based competition.

To date, neither series has made any formal announcements on teams or driver line-ups.

The Queenslander is Australia’s most successful international rally driver having occupied a factory seat for Subaru in the World Rally Championship last decade and briefly for Hyundai’s WRC re-entry in 2014.

“Rallying to me is the ultimate form of motorsport so to combine it with circuit racing is going to be an amazing spectacle for fans and something I’m really keen to sink my teeth into,” Atkinson.

“At 310hp and weighing a little over 1000kg this thing is a little weapon and I can’t wait to get behind the wheel of the Olsberg Supercar Lite in Sydney.

“This is a really exciting opportunity to be taking part in the test day and I think the Sidchrome Extreme Rallycross Championship has the makings of one of Australia’s most dynamic racing categories.

“Rallycross is growing massively around the world and we’re looking long term at the championship as I feel it has potential to become a huge spectacle for Australian sports fans.”

The Supercar Lite class that will populate the Extreme Rallycross Series is the second-tier behind the international, 600bhp Supercar category. 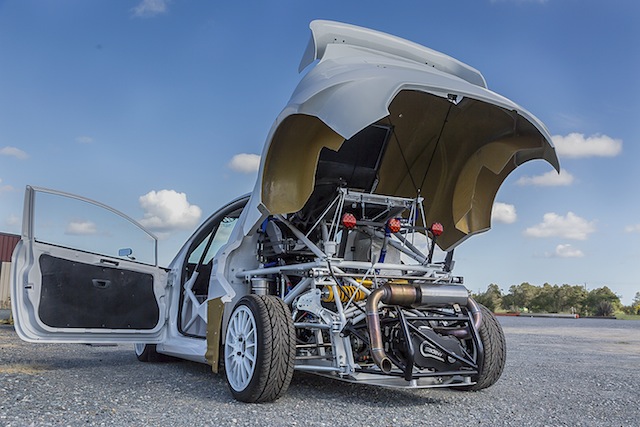 Learn more about the Supercars Lite machines in this Olsberg video