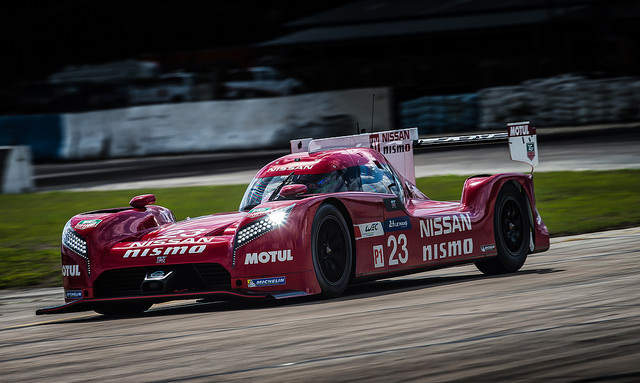 Nissan’s radical hybrid system continues to provide a major hurdle as the marque ramps up preparations for its eagerly awaited LMP1 return at Le Mans.

Having announced last month the firm will delay its FIA World Endurance Championship entry until the Le Mans 24 Hours in June, Nissan has continued to work through the GTR-LM’s development schedule.

The GTR-LM’s hybrid system has provided the biggest struggle Nissan has faced in the development of the revolutionary front-drive, front-engine prototype, according to team principal Ben Bowlby.

Although convinced the system will provide the GTR-LM with a huge asset, unlocking its potential has provided a “major headache” with the team yet to confirm which of the four hybrid classes it will compete in at Le Mans.

The team is due to discuss its energy class options this week as development work continues with a four-day test at a circuit based at the site of the National Corvette Museum in Kentucky, America.

Porsche is the only current LMP1 manufacturer competing in the top 8MJ class, with Toyota remaining in the 6MJ class while Audi has moved from the 2MJ to the 4MJ energy classification.

“The hybrid system has been a massive headache,” said Bowlby.

“We have a potentially massively powerful system but with great power comes great responsibility.

“We are actually struggling quite a bit with the hybrid system.

“We have to enter (one of) the 2, 4, 6, 8MJ categories and it is about finding the best balance for us between those four classes.

“The decision is still somewhat being debated and this week we will be trying to work out where we are with the hybrid system.

“The amount of testing dedicated to the hybrid system has far outweighed just getting on with the normal car.

“We designed the whole car around the hybrid system which you need to do to get the 8MJ class.

“In the future we hope to get the full performance out of it. We think we will be a lot better in 2016.

“We have a tremendous challenge and I think the level which the championship runs at now is higher than its been in the history of premier sportscar racing.

“Our job is to come to Le Mans and do the best possible job we can and if we do our best Le Mans is a surprising race and could be a surprising outcome.”

Nissan has confirmed the main focus at this week’s test is to gather valuable mileage having completed 3,800km of running beforehand.

“This (3,800km) is a small number at this stage, the next six days are simply to put miles on the cars,” added Bowlby.

“The spec is fixed and now we just want to check everything can run on the cars continuously for over 5,000km.

“It’s been a very sad fact that we have had to miss Silverstone and Spa because we are racers and we wanted to be there.

“In order to do the best possible job at Le Mans, it is best if we finish up our testing and development work rather than racing which we are not ready for.”