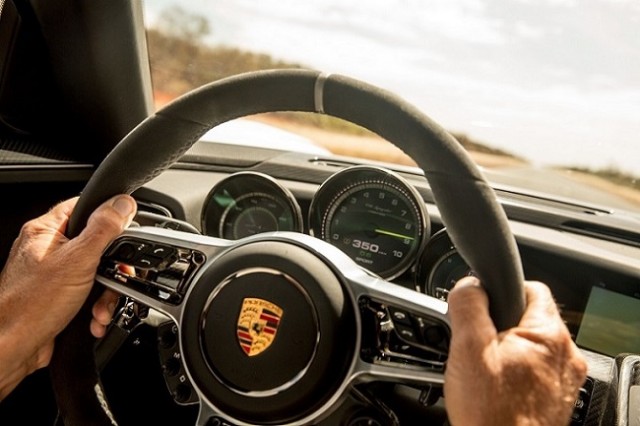 The stunt is the culmination of the 918 hybrid’s Australia-wide promotional tour that also saw the car demonstrated by Mark Webber at the Australian Grand Prix.

Baird took the car for a series of runs on the Stuart Highway north of Alice Springs for a video titled ‘Flat out in the Australian Outback’.

According to Porsche, the 652kW car accelerates from 60km/h to its 350km/h top speed in just 40 seconds.

The company used radios and spotters to ensure that the road was completely clear of traffic at the time.

As demonstrated in Alice Springs, in full electric ‘E-Power‘ mode, the 918 Spyder can drive for up to 30km at speeds up to 150km/h through twin electric motors that develop a maximum power of 210kW at 6,500rpm.

VIDEO: Flat out in the Australian Outback