Audi holds on for victory amid penalty drama

Audi holds on for victory amid penalty drama 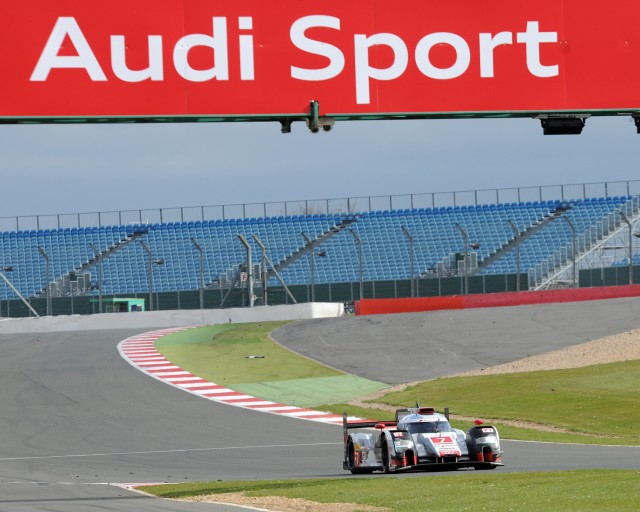 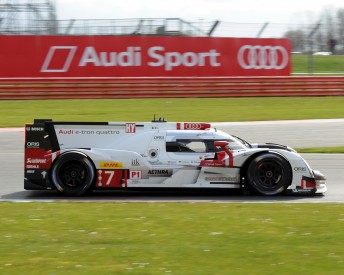 Audi held off Porsche in a dramatic climax caused by a late stop/go penalty to clinch the FIA World Endurance Championship opener at Silverstone.

Impressive double stint pace from the #7 Audi of Marcel Fassler, Andre Lotterer and Benoit Treluyer provided the base for a likely comfortable victory at the Silverstone 6 Hour.

However a stop/go penalty issued to lead car for exceeding track limits in the final 20 minutes put the win in doubt.

Low on fuel, the R18 e-tron quattro had held a 1:12s lead entering the final laps.

The advantage was then reduced to just 6s, having been forced to make two trips to the pits for fuel and the penalty in the dying moments.

The drama gave hope to the Porsche 919 of Neel Jani, Marc Lieb and Romain Dumas, with Jani using the car’s improved straight-line speed to close to within 4.6s at the chequered flag.

This all came after the #7 Audi, which dropped to the rear of the field after a mechanical gremlin at the start, assumed the race lead after the halfway mark following an epic battle with the #18 Porsche.

Fassler and thought the penalty would deny him victory admitting he was surprised to take the chequered flag.

“I didn’t know if I would be in the lead again after the stop/go penalty actually,” said Fassler.

“I was thinking I would fall back to third place but then I was told I was in the lead and we managed to hold it to the end.”

The #1 Toyota of Sebastien Buemi, Anthony Davidson and Kazuki Nakajima came home in third after a solid race long run. 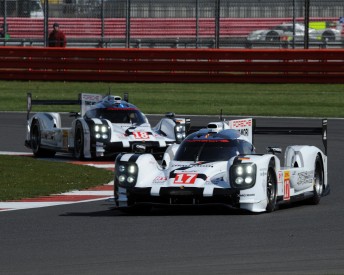 The #17 Porsche driven by Mark Webber set a cracking pace early on. pic: by PSP Images

It proved to be a disappointing start to the season for the sister pole winning Porsche led by Mark Webber with the #17 entry forced to retire from the lead with a drivetrain failure on lap 44.

The Australian set a scorching pace in the opening 90 minutes.

The G-Drive Racing Ligier piloted by Sam Bird, Jullien Canal and Roman Rusinov dominated the LMP2 class, with David Brabham finishing seventh in class on his one off return to the category for Extreme Speed Motorsport.

Ferrari claimed the bragging rights in GTE Pro with the #51 AF Corse 458 Italia taking the flag from the #91 Porsche and #71 AF Corse 458 in third.

The race was halted by two full course caution periods in the first half of the race. The initial neutralisation was caused by the a heavy crash at Copse for the #36 entry driven by Jean Paul Loup Chatin.

A three minute stoppage occurred shortly after racing had resumed to repair the barriers at Copse corner.

VIDEO: Epic battle between #7 Audi and #18 Porsche for the lead