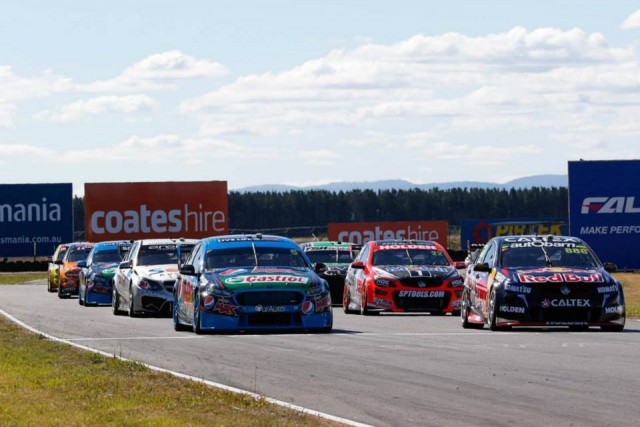 V8 Supercars has today launched a market tender for a Racing Entitlements Contract ahead of the 2016 season.

The REC in question is that handed back by South Australian James Rosenberg last November after pulling out of Walkinshaw Racing.

The tender process begins today, with parties asked to formally declare their interest to V8 Supercars by April 24.

“A REC entitles a party to race one car in each Championship event and one REC is currently being tendered for parties to compete in the 2016 Championship season and beyond.

“As arguably one of the most revered and professional motorsport categories in the world, V8 Supercars has already had interest from parties to purchase this REC.”

Triple Eight is the most obvious candidate for an extra REC, with team principal Roland Dane having yet to declare how he plans to facilitate a third entry for 2016.

Others likely to be in the market include Super Black Racing, which currently runs under a REC leased from DJR Team Penske.

A tender was run for three RECs midway through last year which, according to V8 Supercars, received no formal bids despite strong early interest.

The process was subsequently the subject of a legal battle which eventually saw Lucas Dumbrell Motorsport regain its previously surrendered second REC for this season.

The other two RECs handed in at the end of 2013, those formally campaigned by Tony D’Alberto Racing and Triple F Racing, have been parked indefinitely.