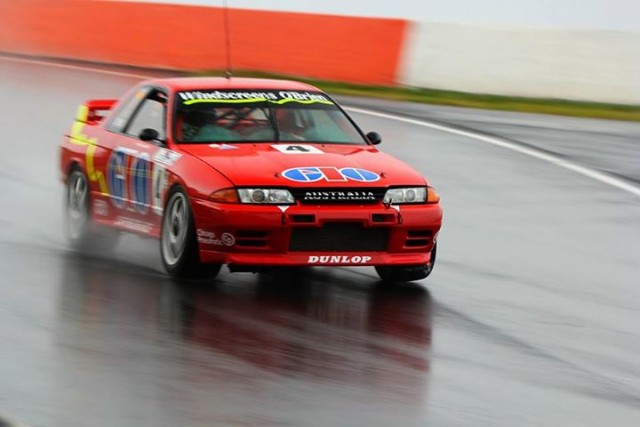 Terry Lawlor took a double victory in the HTC

Terry Lawlor made it two wins from two starts in the Heritage Touring Cars on a soaked Saturday at the Bathurst Motor Festival.

The New South Welshman made the most of his pole position to lead home Bryan Sala’s Ford Sierra RS500 in both six lap heats.

Sala chased gallantly but could not find a way by the GIO GT-R, losing out by just 0.4s in Race 2,

Muston ran as low as 10th in the early stages before making an early pitstop, after which he comfortably proved the fastest man on track and eventually emerged ahead after the cycle was completed.

Aaron Seton, the teenage son of two-time Australian Touring Car Championship winner Glenn, also impressed on the way to 10th in his first ever race at Bathurst.

The pole-sitting Andrew MacPherson/Brad Shiels Porsche was out on the very first lap, with MacPherson crashing at The Cutting.

Dylan Thomas, who had led the early stages of the race before losing out in the pitstops, took finished in his Mitsubishi ahead of his father David (Mitsubishi) and Matt Holt (HSV).

Another HSV driver, Zach Loscialpo, had earlier escaped injury when he ran off and rolled six times at The Chase on the opening lap.

Another full day of track action is scheduled for Mount Panorama tomorrow. 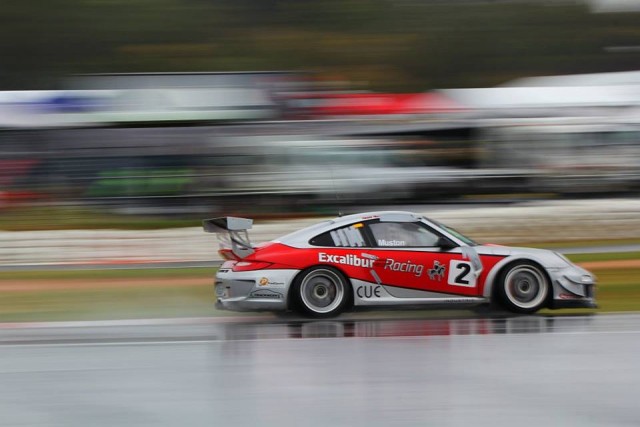