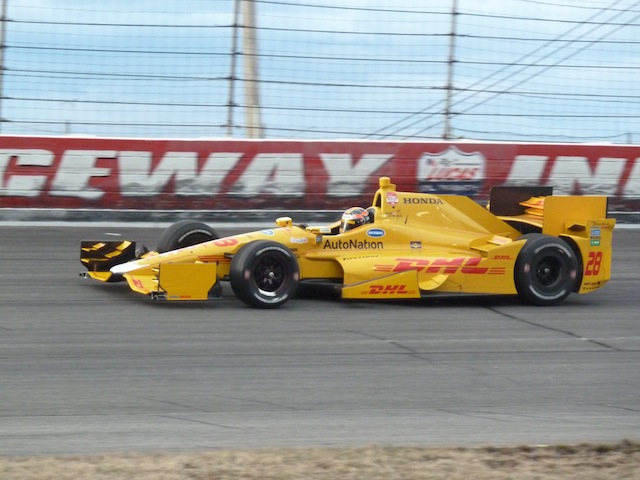 Matthew Brabham has experienced his first taste of an IndyCar while shooting a TV commercial at the Lucas Oil Speedway in Indianapolis.

After completing a maiden season in the feeder Indy Lights category last year, Brabham looked like being sidelined due to lack of funds this season however he managed to scramble a deal together to race at the opening round at St Petersburg last weekend. 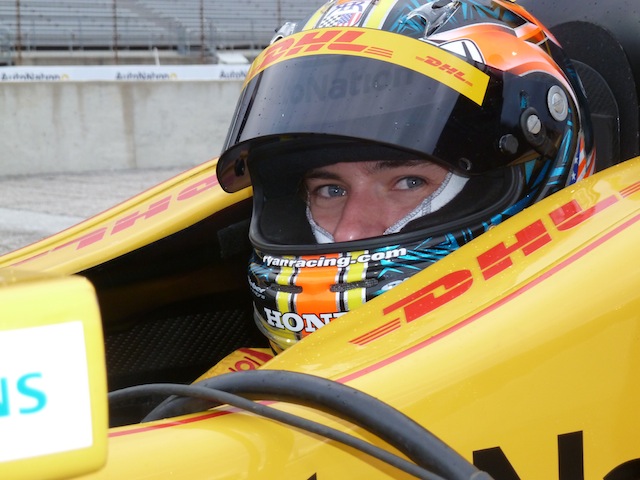 Brabham established a new Indy Lights lap record in the Florida race and remains in the frame to renew a deal to run at the Long Beach round from April 10-12 and then for the remainder of the season.

Making his debut behind the wheel of a fully fledged Indycar, albeit for shooting a commercial, has given Brabham even more resolve to make the top tier of American open wheel racing.

“It was a fantastic day as I can finally say I’ve driven an IndyCar,” Brabham said.

“Even though it was just for commercial filming purposes, it just made me really want to race one even more.

“The IndyCar felt like it had a lot more downforce than any other car I have driven, and to drive one on the limit must be awesome.”

Brabham won the US Formula Ford 2000 title in 2012 before going to reset records and easily claim the Pro Mazda Championship in 2013.

He becomes the first from the famous racing lineage to drive an IndyCar since his father drove for Team Menard at the Indianapolis 500 in 1993.