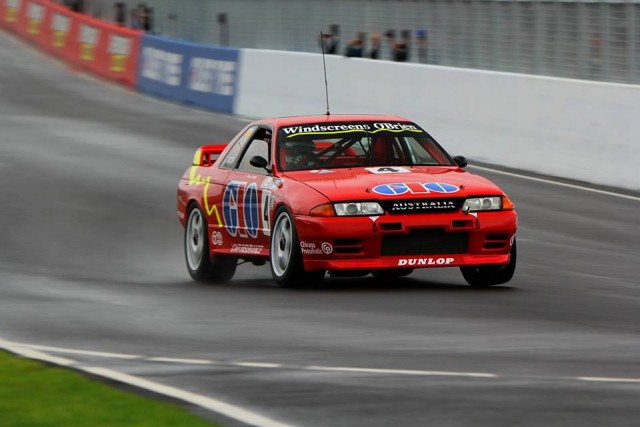 Poor visibility saw the day’s program delayed by an hour before the 350 strong competitor line-up could tackle Mount Panorama.

Third placed Mark Eddy’s HR31 Skyline was a further five seconds adrift in third ahead of Gary Collins (Commodore VL) and the Sierras of Duncan McKellar and Chris Stillwell.

The other feature category of the weekend, the Production Sports Cars, saw Brad Shiels take pole in the Imak Porsche GT3 R.

Shiels put down a 2:10.87s best in the early stages of the afternoon’s dry session before a crash between the Porsches of Aaron Tebb and Tim James brought out the red flags.

The Audis of Barton Mawer, Rod Salmon and Mark Griffith filled second through fourth ahead of Neale Muston (Porsche) and Renato Loberto (Ferrari).

Racing action gets underway at Bathurst tomorrow before concluding on Sunday. 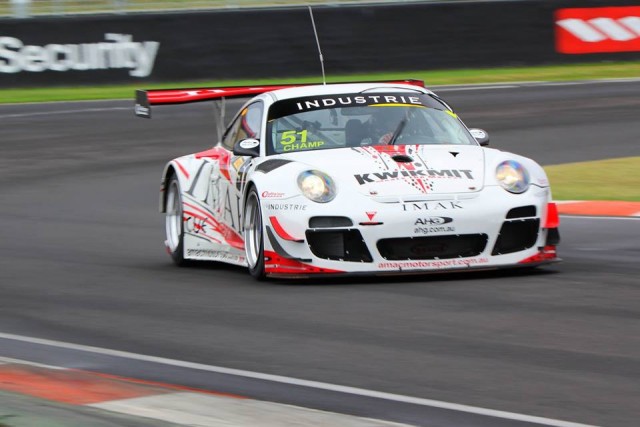