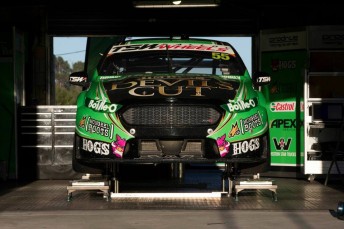 Having re-emerged as a front-running force at Symmons Plains, David Reynolds is confident that there’s plenty more speed to unlock in Prodrive’s FG X Falcon.

The 29-year-old had a stand-out weekend at the Tasmanian venue, qualifying in the top five for all three races.

The Bottle-O Ford scored sixth and fourth in the opening two heats before a front-row start went begging in the final thanks to Turn 2 contact from Craig Lowndes.

Symmons Plains was Reynolds’ second meeting with the FG X Falcon, which is said to have significantly more rear downforce than its predecessor.

While team-mates Mark Winterbottom and Chaz Mostert had taken race wins with their FGs last year, Reynolds admits he particularly struggled with braking instability brought about by the aero imbalance.

Further underscoring the user-friendliness of Prodrive’s FG X package at the weekend was Andre Heimgartner, who scored his first top 10 results in just his third meeting as a full-time driver.

“I can definitely win races with this car,” Reynolds told Speedcafe.com after Symmons Plains.

“The car is obviously working a lot better than that old FG. Unfortunately we had that thing for way too long and it’s good to now get some sort of consistency back.

“The car is so much better and we’ve still got a little bit to do with our little team.

“Tyre life is a bit of an issue on hards and we’re lacking a little bit of straightline speed, but we’re heading in a good direction. It’s far better than it has been the last two years.

“The old car didn’t suit me as much, it was a bit too nervous for me,” he continued. “I don’t really know why I just couldn’t make it happen.

“Sometimes you’d do a brilliant job in that old piece of junk and be like P10. You can do a half-arsed job in this one and be P5.

“The personal satisfaction is a bit less but everyone thinks you’re doing a better job so I’m just going to roll with it.”

Although stressing that his sudden jump in competitiveness is simply the result of the aero change, Reynolds admits he had begun to doubt whether he could succeed in the category during his lean spell last year.

“For sure you start to doubt yourself,” he said.

“Week in, week out you’ve got no pace and you wonder if you can still can do it.

“But then you change the outside of the car and you’re up the front again. It’s a bizarre sport.

“It takes time to rebuild your confidence, but we’ll just take it one race meeting at a time.

“If you get punched in the face a lot it’s going to hurt, so it takes a while to repair.”

Reynolds and sponsor The Bottle-O are both off-contract at the end of the year, leaving uncertainty over the former Carrera Cup and Formula Ford champion’s future.

“There’s definitely a lot of pressure on me to perform well and I am out of contract, but that’s just the nature of the game,” he said.

“We’ll see what happens at the end of the year.” 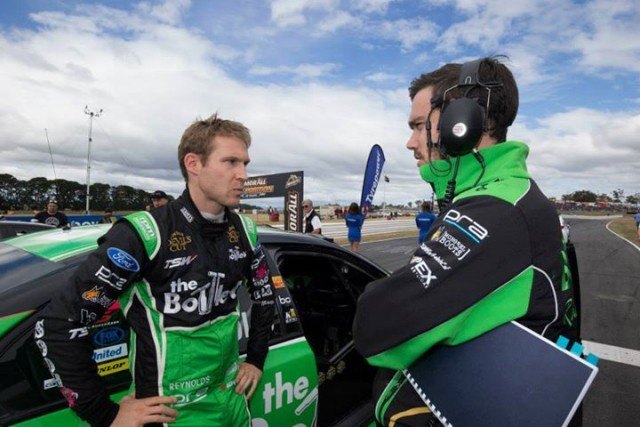